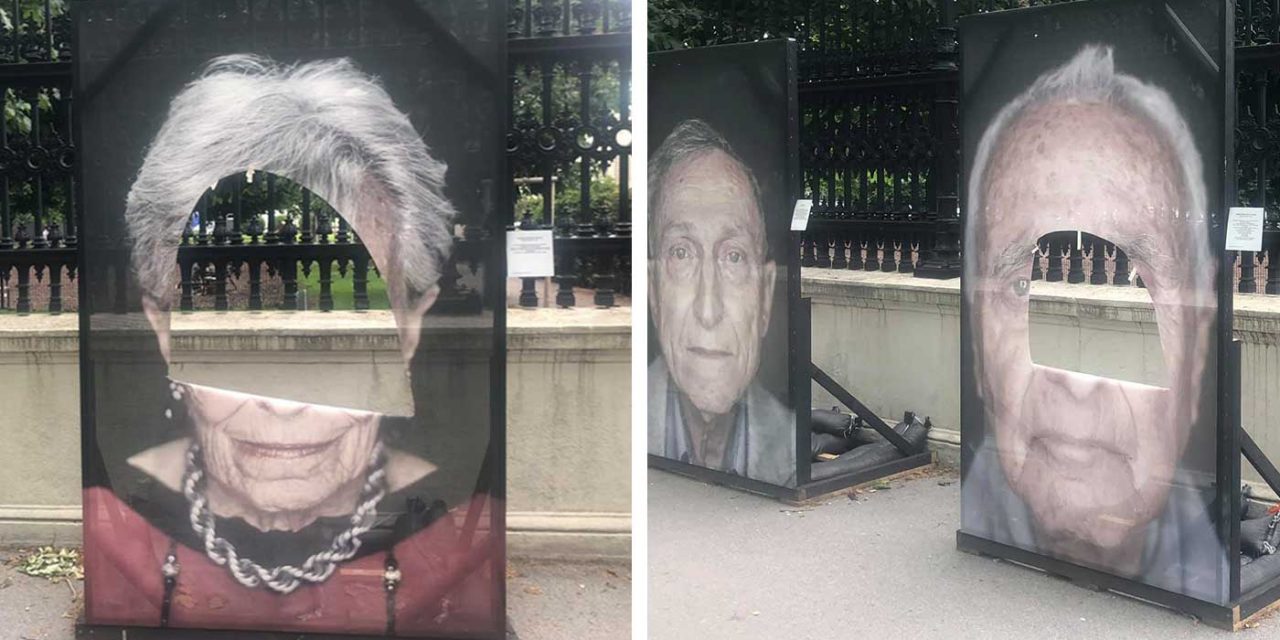 An exhibit of photos of Holocaust survivors lining a major street in downtown Vienna was vandalised for the third time.

Holes were cut into the portraits of the survivors taken by German-Italian photographer and filmmaker Luigi Toscano, days after some were defaced with swastikas and cut into with knives, Die Presse, the Vienna-based German-language daily newspaper reported.

The portraits have been on display since May 7. The exhibit is scheduled to be taken down at the end of the month.

About one-third of the photos were vandalised.

In a post on Facebook, Toscano wrote: “I’m just speechless, again there was an attack on my photos. Austria, what’s wrong with you?”

The Vienna State Office for the Protection of the Constitution and Counter Terrorism is now investigating the vandalism. The attack may have been captured by surveillance cameras, according to the report.