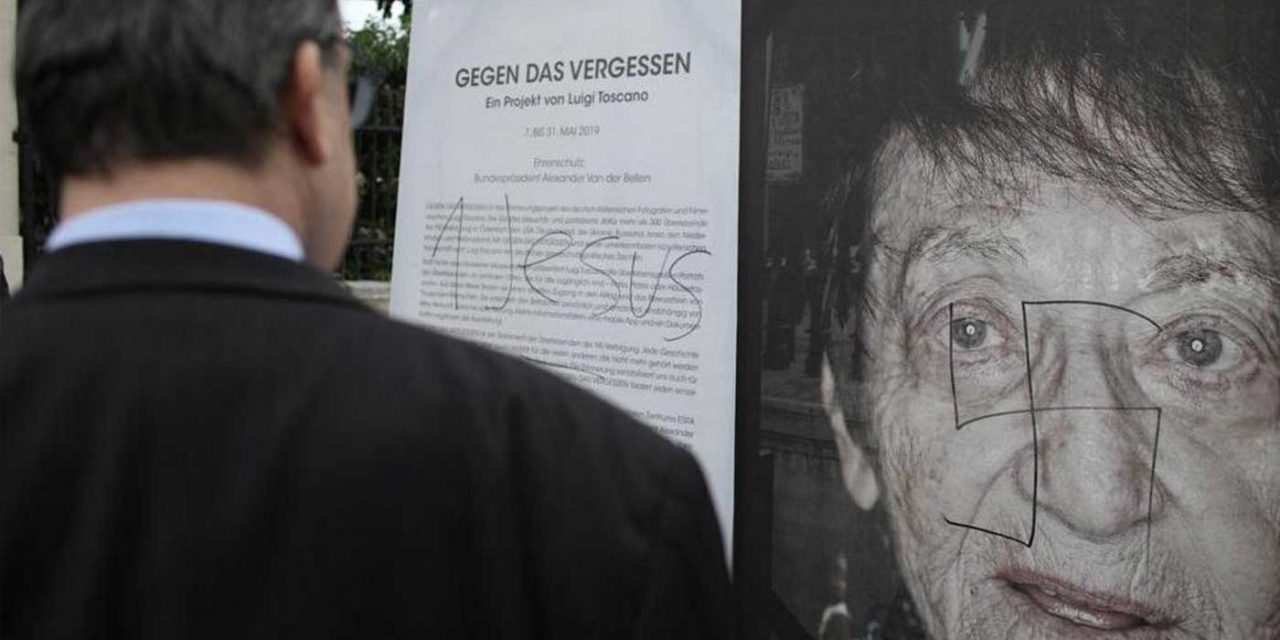 Pictures of Holocaust survivors exhibited on a central Vienna street have been defaced with swastikas, drawing condemnation from political and Jewish leaders.

Broadcaster ORF reported Wednesday that ESRA, a group that brought the work by German-Italian photographer Luigi Toscano to the Austrian capital, said several photos were daubed with swastikas and other graffiti on Tuesday. The exhibition opened on part of the Ringstrasse, a busy road that runs around downtown Vienna, on May 7 and the group said some portraits were previously damaged with knives.

The person who wrote this message appears to proscribe to a misguided form of Christianity. The very core of Christian theology is that Jesus came to the earth to die on the cross for the sins of the world. Jesus had to die, or else we would not be saved. So to blame Jews for Christ’s death shows they do not understand the very concept of Christian belief. The Bible also commands that “though shalt not kill”, therefore, there is no way that Christian theology, and especially Christ’s death, can be used to justify support for Nazism or the slaughter of the Jews during the Holocaust.

Chancellor Sebastian Kurz tweeted that he was “dismayed by the anti-Semitic defilement” of the photos and called for a thorough investigation.

The leader of Austria’s Jewish community, Oskar Deutsch, said that “it is an anti-Semitic attack on all of Austria” and that police are investigating.

Austria has seen a rise in anti-Semitic incidents in recent years, as well as a surge in support for the far-right Freedom Party (FPOe), which became the junior partner in Kurz’s government after elections in 2017.

The head of the FPOe, which was founded in the 1950s by former Nazis, resigned Saturday after a hidden camera sting showed him promising public contracts in return for campaign help from a fake Russian backer, a development welcomed by the head of Austria’s Jewish community.