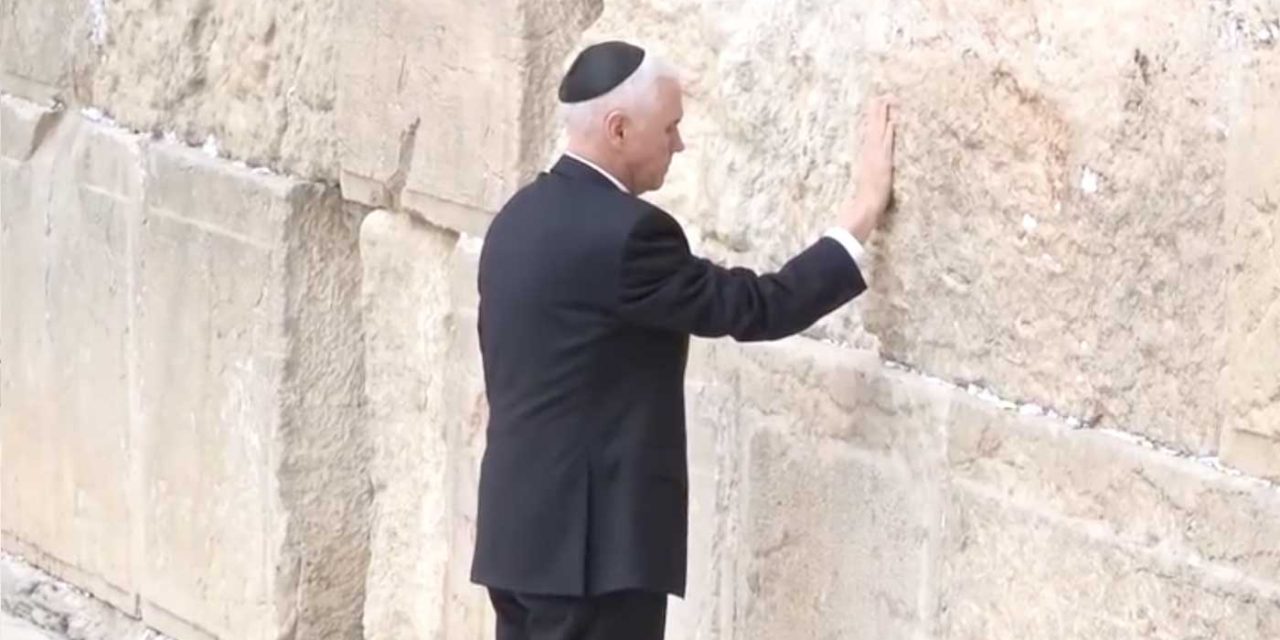 US Vice President Mike Pence visited the Western Wall in Jerusalem on Tuesday saying that he felt “inspired” by the experience.

Pence was joined by his wife, Karen, and before praying, the couple received an explanation about the site and its importance to the Jewish people.

The Pence’s spent about 10 minutes at the site, their last stop in Israel before returning home.

The Western Wall plaza is usually filled with worshippers, however, it was emptied for around four before his visit in order to make preparations and remained closed off to the public during the Vice President’s visit, allowing for security and privacy.

Among the American officials who also visited the wall were US Ambassador to Israel David Friedman and US Mideast Envoy Jason Greenblatt.

His visit to the Western Wall follows on the heels of visits to the site by US Ambassador to the UN Nikki Haley and US President Donald Trump, breaking the long-standing “taboo” of sitting US officials not visiting the site on official business.

Pence has had a successful visit to Israel, his first in office, but one of many trips he has made with his family.

Mike Pence is a long time supporter of Israel and a good friend of Christians United for Israel and it is wonderful to see the warm welcome he received by politicians in Israel and the bond of friendship being strengthened between Netanyahu and himself.

Pence was honoured to speak at the Israeli Knesset on Monday where he gave a powerful speech in support of Israel and the Jewish people.