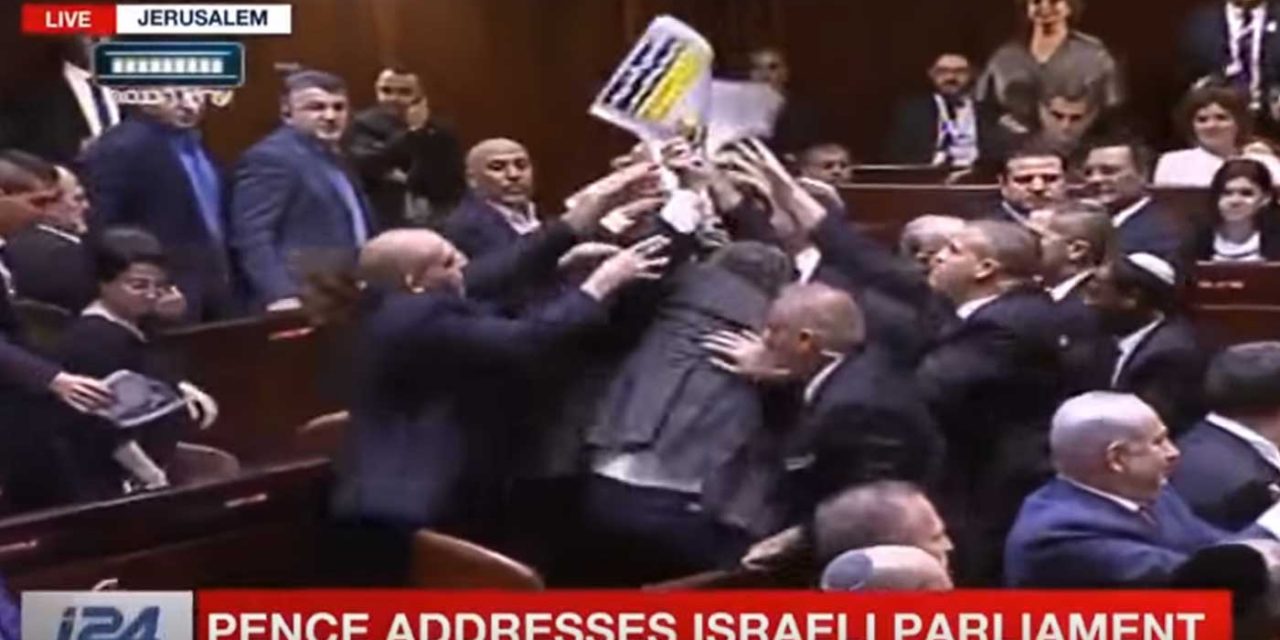 Israeli Knesset Members from the predominantly Arab Joint List party were removed from the Knesset plenum Monday afternoon, shortly before Vice President Mike Pence addressed the Israeli legislature, as they broke Knesset rules and held up signs reading, “Jerusalem is the capital of Palestine”.

Vice President Pence took the interruption in good humour, thanking the MKs for welcoming him to the “vibrant democracy” that they represent.

The Joint List MKs, who had earlier vowed to boycott Pence’s address, attempted to hold a protest in the Knesset Monday against the Trump administration, with some holding placards reading “Jerusalem is the capital of Palestine”.

The protest, which was held in violation of Knesset regulations, was quickly broken up by Knesset officials, who escorted the MKs involved out of the chamber.

Following the disruption, Vice President Pence addressed the Knesset – the first speech by a senior US official at the Israeli legislature in a decade.

During his speech, Pence vowed that the US embassy would be moved to Jerusalem before the end of 2019, and reaffirmed the importance of the US-Israel alliance.

Pence arrived in Israel Sunday evening, kicking off a three-day visit of the Jewish state, accompanied by his wife, Karen. The trip is the first visit by Pence to Israel since he took office in January, 2017.

The Vice President, who was originally slated to visit Israel on December 18th, had planned to meet with Palestinian Authority chairman Mahmoud Abbas.

Following President Donald Trump’s December 6th declaration recognizing Jerusalem as Israel’s capital, however, the PA announced that Pence, as a senior figure in the Trump administration, was persona non-grata in the PA.