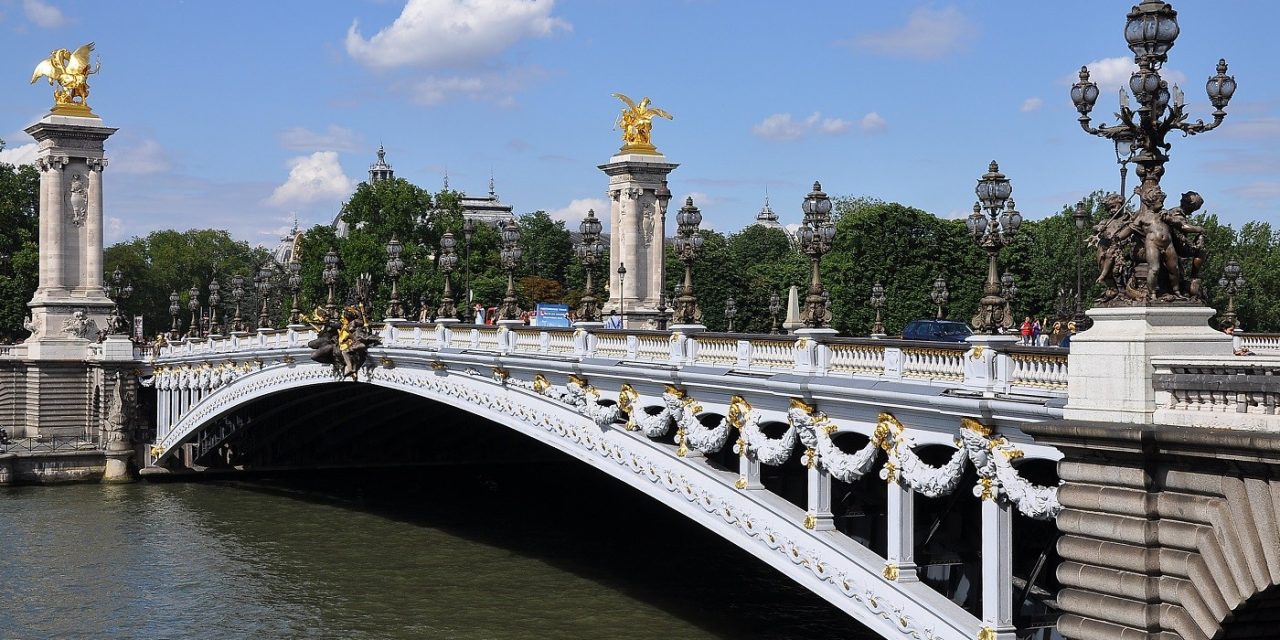 A Jewish man had his Star of David necklace pulled off and was called “dirty Jew” when scooter-riding attackers robbed him on the famous Alexandre II Bridge.

The incident occurred at around 3am on Monday, the victim told police, according to a report by the France Bleu radio station. The victim was not named in the report.

A man on a scooter drove up to the Jewish man and yanked the pendant off his neck from behind in what appeared to be a random grab-and-run robbery, the man said. But upon seeing the chain had a Star of David pendant, the alleged culprit shouted “dirty Jew” at the complainant, the victim told police.

He said a second scooter arrived with a driver and a passenger, who descended and started beating him. The attackers, who have not been identified, then stole the man’s phone and wallet.

The complaint, as summarised by the radio station, said the man was crossing the Alexandre III Bridge over the Seine River in the centre of Paris, near the prestigious Champs-Elysee Avenue and shopping area.

In addition to anti-Semitic assaults motivated purely by hate, French Jews have reported an increase in the number of incidents also featuring robbery also as an incentive. Some of the victims were selected because they are Jewish, while others began as random criminal acts before escalating into violent assaults after the perpetrators discovered the Jewish identity of their victims.

Mireille Knoll, an octogenarian Holocaust survivor, was stabbed 11 times in her apartment in Paris in March before her home was set on fire, allegedly by a neighbour and his accomplice who singled her out because she was Jewish.

In 2014, three men broke into the home a Jewish family they had singled out to rob for their faith. One of the men raped a young woman during the robbery.

Last year, five men broke into the home of Roger Pinto, a communal Jewish leader in Paris, where they interrogated them for hours, allegedly saying they had singled out Pinto and his family for the robbery because they are Jewish.