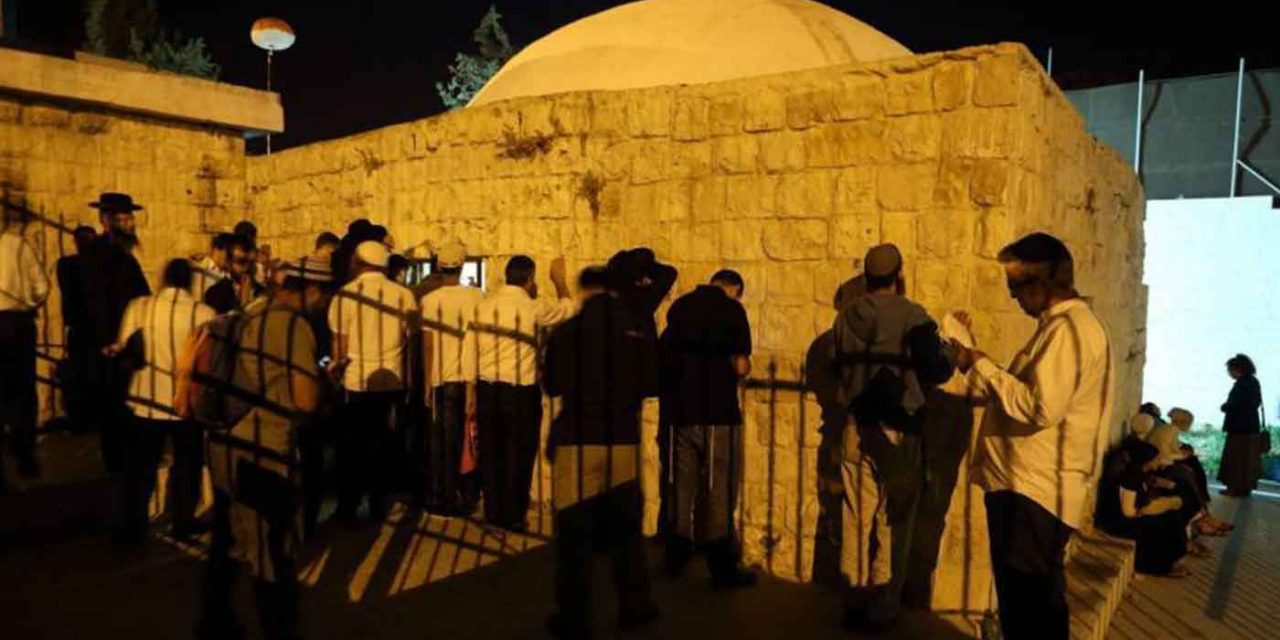 On Sunday night, the IDF, Border Police, Israel Police, and the Civil Administration secured 1,000 Jewish visitors arriving at Joseph’s Tomb in the city of Shechem (Nablus).

As the Jews prayed at the site, dozens of Palestinian Authority Arabs began to riot, throwing stones and firebombs, and burning tires. In addition, security forces found four homemade explosives.

No one was injured and no damage was caused. The visit concluded as usual.