Palestinians “close down all communication” with US after Washington office dispute 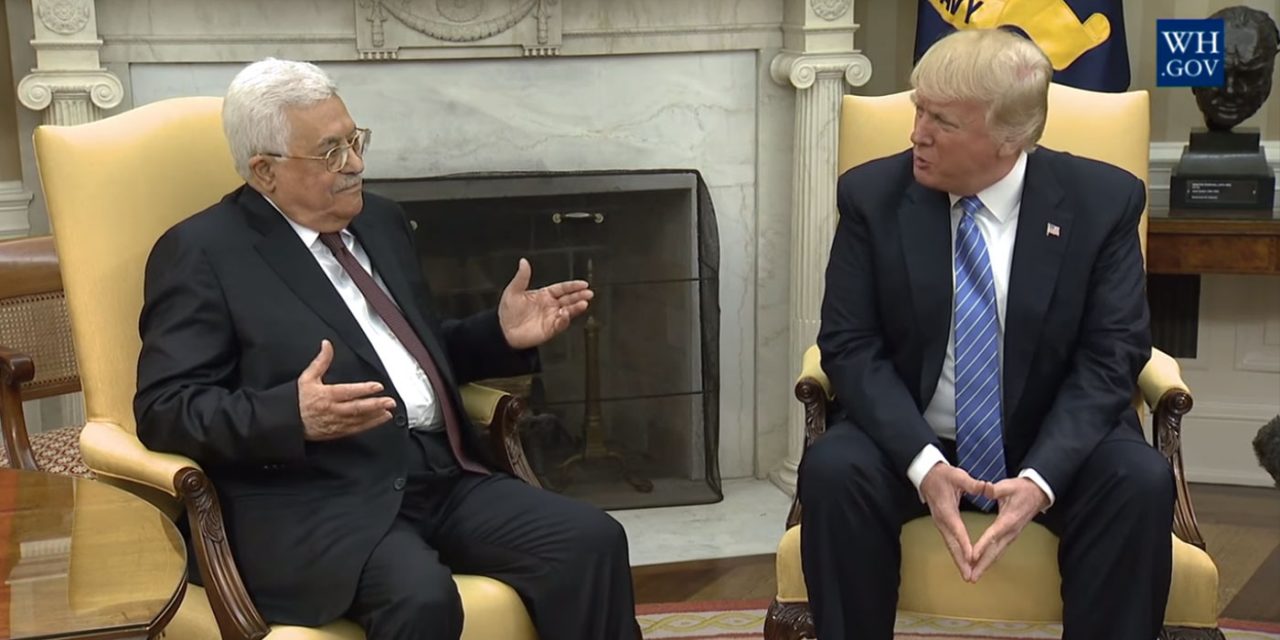 The Palestinian Authority has frozen all contact with the United States after Washington, under US law, is forced to consider whether to close the PA’s representative office in the US.

The move from the Palestinians comes after news broke on Friday that American officials, citing US law, said that the Trump administration had put the Palestinians on notice and that it would shut their office in Washington unless they enter serious peace talks with Israel.

On Tuesday, Palestinian foreign minister Riyad al-Malki said that if the US closes the office in Washington then they would be “freezing all meetings”, so the Palestinians “are making that official” by freezing all communication today.

A spokesman for the Palestine Liberation Organization also confirmed Tuesday that it had received instructions from Palestinian Authority President Mahmoud Abbas “regarding closing down all communication lines with the Americans.”

The dispute came about as the Palestinians are required to comply with a 2015 Congressional mandate which restricts the Palestinian Authority from pursuing prosecution of Israelis at the International Criminal Court (ICC). The law dictates that if the Palestinians are not complying with that law then the penalty is for the US to close the PLO mission to the United States

President Donald Trump has 90-days to decide whether “the Palestinians have entered into direct, meaningful negotiations with Israel” – in which case he can waive the requirement to shutter the office.

However, the Palestinians appear to be putting pressing on the US to stop their office being closed, regardless of whether they are complying or not.

Riyad al-Malki, speaking on Palestine Radio last week vowed “the Palestinian leadership will not accept any extortion or pressure” from the United States.

As usual the Palestinians are wanting to do as they please without consequence, and their reaction to this move has placed considerable pressure on the Trump Administration.

President Trump has long said that he wants to broker a peace deal between Israel and the Palestinians. However, if he closes down the Washington office, as he should do based on US law, then the Palestinians will shut down communication for good and it will likely end any attempt Trump could have at bringing about a peace deal during his presidency.

However, if Trump decides to bow to Palestinian pressure and allow the mission to remain open, despite what the law says, then he will be allowing the Palestinians to break the law and get away without consequence.

This is yet another example of how the Palestinian leadership will do anything they can except make steps towards peace with Israel.