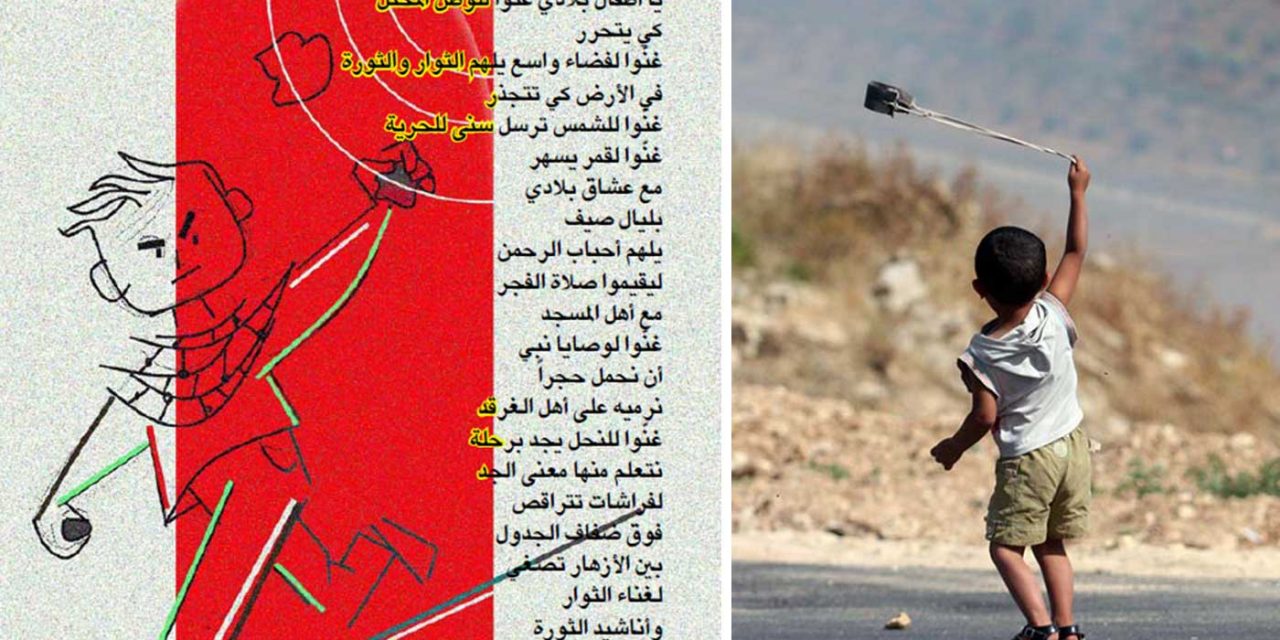 (PMW) A poem in the Palestinian youth magazine Zayzafuna teaches children that throwing rocks at Jews is something mandated by Muhammad, Islam’s prophet. The funders of the magazine include the Palestinian Authority.

The following lines were part of the poem printed in the magazine’s October issue together with the image above of a kid throwing rocks:

“O children of my country, sing to the occupied homeland so it will be liberated…
Sing by the order of Prophet [Muhammad]
that we carry a rock
that we will throw at the people of the Gharqad [tree]”

That Jews are the intended target is clear from the reference to the Gharqad tree – “the tree of the Jews.” According to Muslim tradition Jews will try to hide behind the Gharqad tree when the Muslims come to kill them on Judgment Day.

The story of a stone or tree beckoning a Muslim to kill a Jew appears in numerous Islamic texts. One example is the following Hadith from the Sahih Muslim book of Hadith:

“The last Hour will not come until the Muslims fight the Jews and kill them until the Jews hide behind a stone or a tree, and the stone or a tree will say: ‘Muslim, or servant of Allah, there is a Jew behind me; come and kill him’; but the Gharqad tree will not say [this], for it is the tree of the Jews.”

Palestinian Media Watch has documented problematic content in the magazine before. One story, allegedly a dream by a young Palestinian girl, glorified Hitler and presented his killing of Jews as a positive accomplishment for the benefit of humanity. Another issue of Zayzafuna published sayings that it attributed to Hitler.