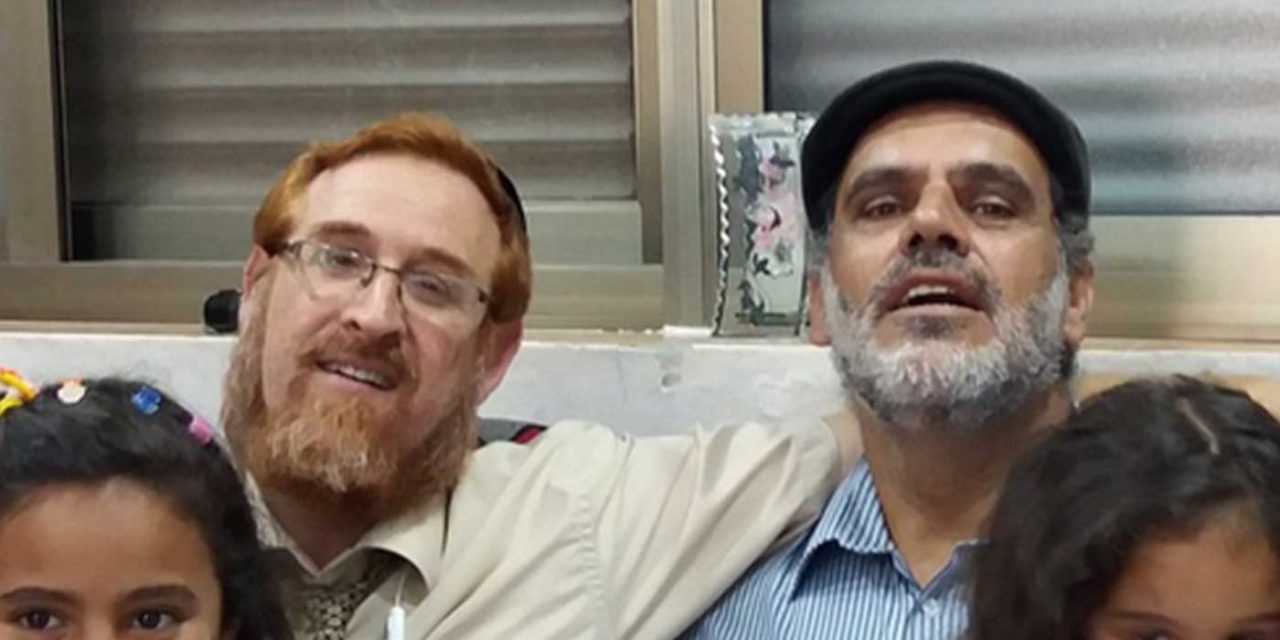 A Palestinian man from Hebron has been arrested by the Palestinian Authority, called “cancerous” by his brother and disowned by his family all because he wanted to make peace between Palestinians and Israelis.

On 3 September, Yehudah Glick, a member of Netanyahu’s Likud party, posted pictures of himself at the house of Muhammad Sabir Jabir, a Palestinian activist seeking peaceful reconciliation between Israelis and Palestinians.

Glick tweeted photos with a caption saying he was at “the home of my friend” and calling for “us all to live here in peace. Happy Eid.”

Shortly after the pictures emerged, the Jabir family from Hebron announced they would be cutting ties with their son and just a few days later Muhammad was arrested by the Palestinian Authority.

The Palestinian news agency Ma’an said Sunday, “it remained unclear what Jabir was being charged with.” But it confirmed from sources in the PA’s General Intelligence agency that it was due to Jabir’s hosting of Glick.

Muhammad’s brother said, “Muhammad persisted for years in meeting with Israelis despite opposition from the family who considered these meetings as a betrayal of their homeland. The entire family gave up on him and all the family members will say this. Muhammad hosts Israelis every day and the last one was Yehuda Glick, who invades the al-Aqsa Mosque every day and is hostile to the Palestinians. We reject these meetings and we refuse to shake our brother’s hand because whoever has done this is a traitor.”

The brother described Muhammad as “a cancerous growth in our body but we’ve eradicated this growth and we got rid of it and we believe that this is how we’ve asked forgiveness from Allah. All of Hebron knows my brother’s bad name and all of Hebron opposes his presence in the city.”

Ziad Jaber, head of the extended family, said, “We oppose and condemn any connection with Israelis. We are a family of fighters who defended the city of Hebron and family members were arrested upon occupation of the city. We were among the first arrested by the occupation.”

He added, “The family will take all necessary steps to defend its pride,” but did not elaborate further.

Glick is among the most prominent activists for Jewish prayer at the Temple Mount, but stresses that he does not seek to prevent Muslim prayer there and has said he would like the contested site to become a centre of religious tolerance. In 2014, he was shot by a Palestinian terrorist, Mutaz Hijazi, who told him he was an “enemy of Al-Aqsa.”