Palestinian fire balloons cause 13 fires, one lands in Israeli kindergarten 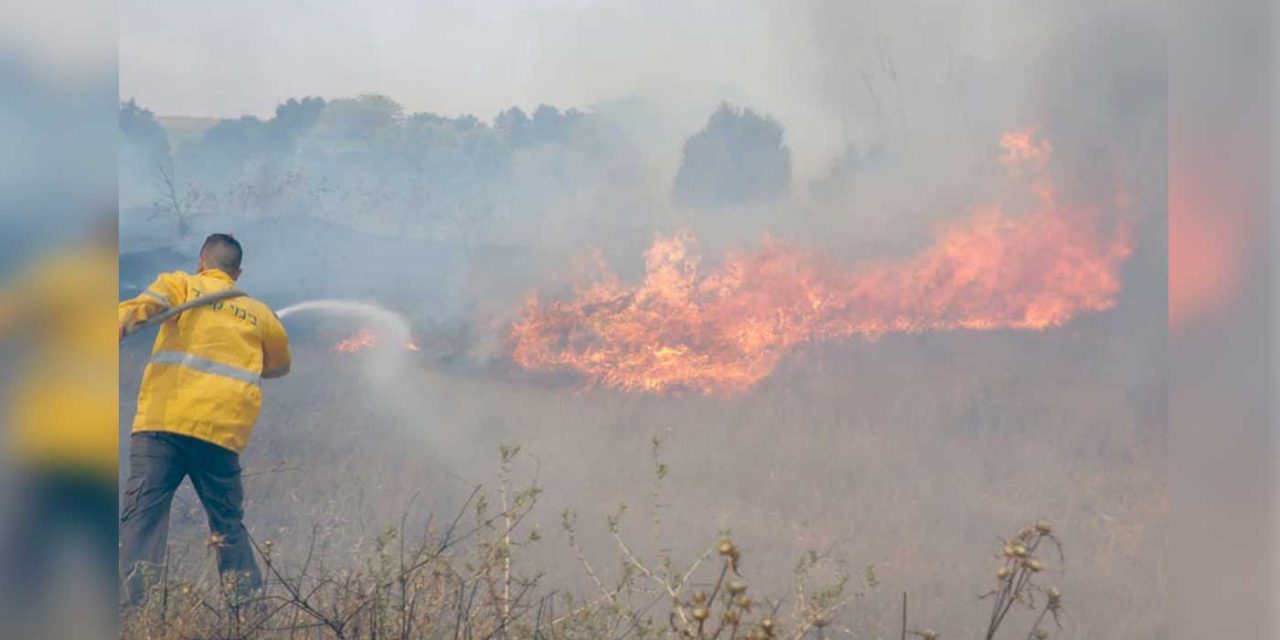 Gaza militants continue to terrorise Israel’s civilian population which lives along the Gaza border as they send balloons laden with burning materials across the border into Israel, setting off thirteen fires on Monday alone.

Shockingly, one of the incendiary balloons landed in a kindergarten. Thankfully it was after four o’clock and the school was empty but was filled with children just minutes earlier.

Some 220 of dunams of land were burned, according to a report. The balloons landed in the Eshkol, Shaar Hanegev and Sdot Negev regional councils.

Israel was forced to take drastic measures in an attempt to stop these attacks from happening.

The Coordinator of Government Activities in the Territories (COGAT) announced on Tuesday that it would temporarily stop the transfer of fuel into Gaza following these attacks.

COGAT Spokesperson Maj.-Gen. Kamil Abu Rokon shared a video telling the Palestinians in Gaza that terrorism prevents them from having increased electricity hours.

“Between 85 and 75 tankers of fuel enter the Gaza Strip each week, which helps significantly increase electricity hours. Terrorism prevents you from having that,” the video explained.