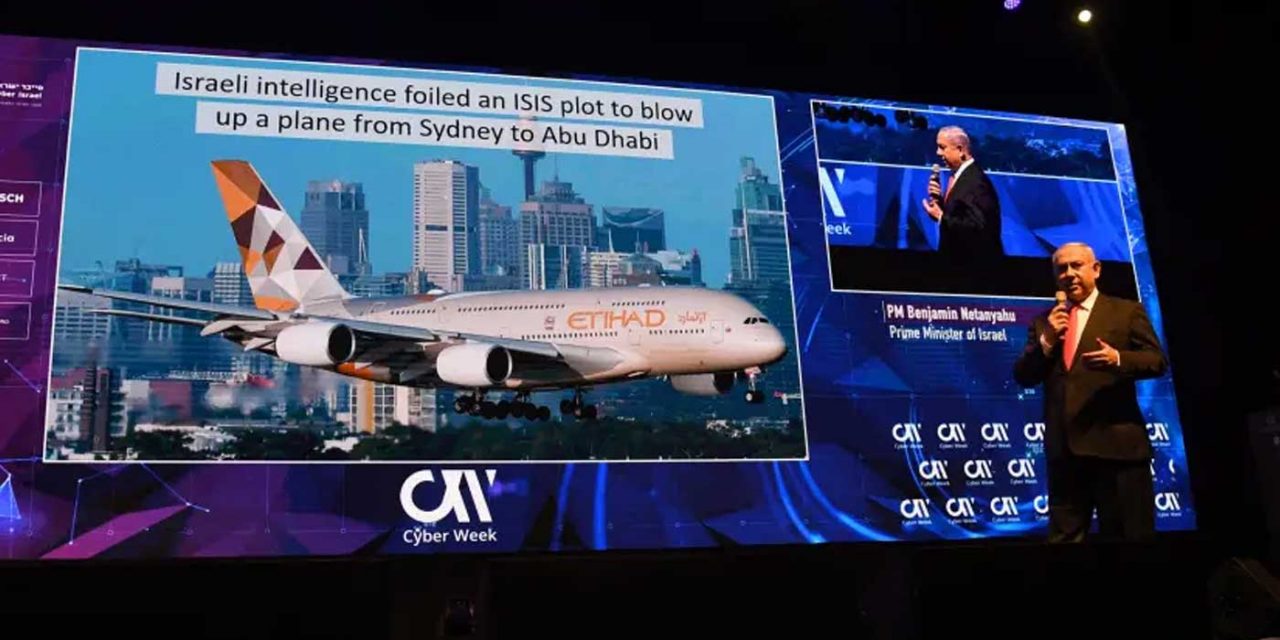 While Israel previously disclosed that it had provided the intelligence to thwart an ISIS plot to bomb a flight from Sydney to Abu Dhabi, Netanyahu revealed Wednesday that the intelligence which broke the case was obtained through cyber tools.
Next, he said that while he could not give specifics, that the audience could “multiply by about 50” the Sydney airline terror plot, and that would be the number of terror plots worldwide (mostly by ISIS) which Israel has helped to prevent thanks to its cyber intelligence powers.

The prime minister said that the world is in the midst of a cyber revolution due to new trends in big data, artificial intelligence and connectivity.

He said that Israel was thriving by being at the forefront of applying these areas to industries from the auto industry, to health to agriculture.