Palestinian caught with knife near Hebron’s Tomb of the Patriarchs 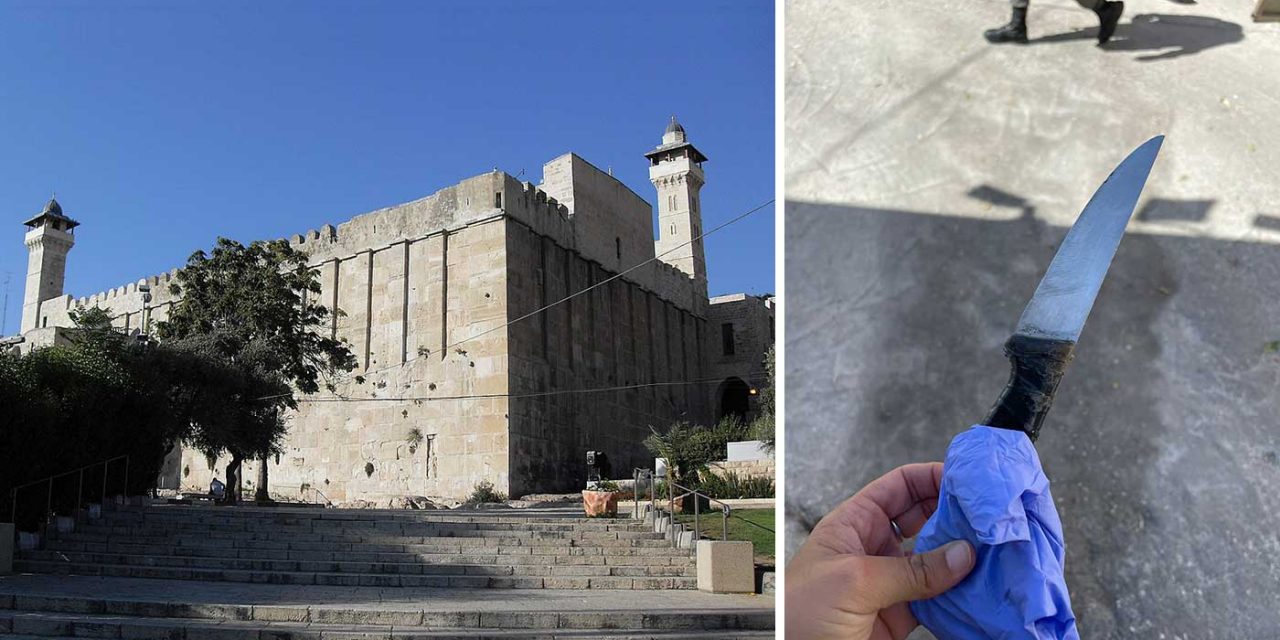 Border Police on Monday arrested a Palestinian in Hebron who allegedly tried to enter the Tomb of the Patriarchs with a knife.

The suspect, a 18-year-old resident of the city, which is located in Judea and Samaria (the West Bank), was stopped by officers as he approached the area around the holy site.

As officers searched the suspect, they spotted him throwing a knife to the ground, according to a police statement.

The suspect was taken for questioning after his arrest.

Hebron is seen as a flashpoint as it is the second most holy place to the Jewish people after the Temple Mount and is also seen as holy to Muslims, with a mosque located on the site.

To be clear though, Hebron is located in the Judean mountains inside Judea, the place the Jewish people derive their name from. The Tomb of the Patriarchs is the resting place for Abraham, Isaac and Jacob. It was bought by Abraham as documented in the Bible account of Genesis 23. As we know, the land of Israel was given to Abraham, Isaac and Jacob and to their descendants by God as an eternal inheritance. Hebron is the second most holy site for the Jewish people, second to the Temple Mount.

Prime Minister Benjamin Netanyahu became the first Prime Minister to visit Hebron in over 20 years when he visited the city in 2019.

“Hebron will never be Judenrein (free of Jews)… We are not strangers in Hebron. We will remain here forever,” Netanyahu said during the visit.