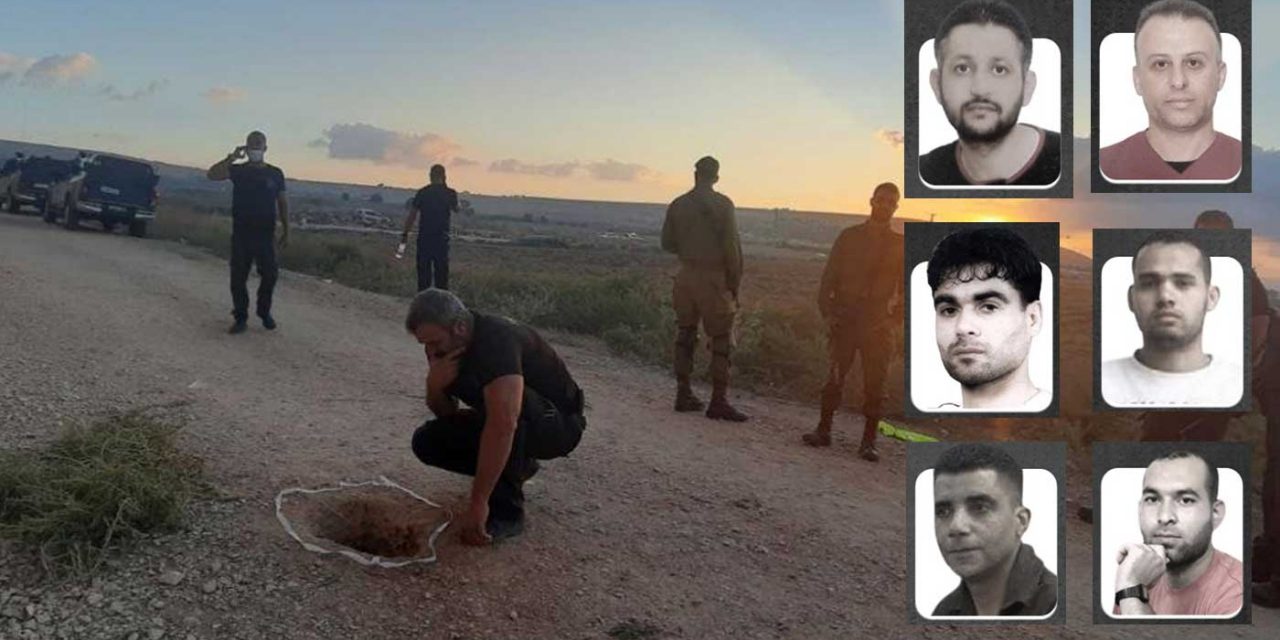 Israeli police have launched a manhunt after six Palestinian terrorists escaped from a prison in northern Israel, including a terrorist leader.

Large numbers of Israeli police forces were called to the area around Gilboa Prison, located northwest of Beit She’an, near the Sea of Galilee, and were searching for the six fugitives with the help of drones and helicopters. The military and Shin Bet were also helping search for the suspects, and checkpoints were put up in the area.

Four of the six fugitives were in jail for life in connection with deadly attacks against Israelis; the fifth — a notorious commander in Fatah’s Al-Aqsa Martyrs Brigade terror group, Zakaria Zubeidi — was in prison while on trial for two dozen crimes, including attempted murder. Another was held in administrative detention. All six were considered highly dangerous.

Despite the dangerous characters on the run, police wanted to assure residents that there was no need to change what they were doing, but instead to remain vigilant.

“There is no reason to change your routines, but there will be large numbers of troops within the cities of Afula and Beit She’an and in other towns. I do request additional awareness of anything suspicious,” Northern District police chief Shimon Ben Shabo said in a statement.

The six were cellmates and tunnelled out of the prison overnight. They were reported missing around 4 a.m. but may have fled hours earlier.

A hole was discovered in their cell under the sink which gave the men access to the prison’s sewers. They then exited through another tunnel into a road on the south side of the prison. According to the Israel Prisons Service, the escapees likely exploited a “structural flaw” in the prison’s sewerage system.

Prime Minister Naftali Bennett and Public Security Minister Omer Barlev, who is responsible for both the IPS and the Israel Police, were both informed of the escape and are said to be in constant contact with the relevant officials.

Bennett called it a “grave incident” that required maximum effort by Israel’s various security branches. He added that he was receiving constant updates on the prison break, which occurred just hours before Israel was to mark the Jewish New Year.

Palestinian factions celebrated the achievement of the prisoners to escape.

Palestinian Islamic Jihad praised the escape on Monday morning as a “victory over the occupation.”

“This is a great heroic act, which will cause a severe shock to the Israeli security system and will constitute a severe blow to the army and the entire system in Israel,” added Daoud Shehab, a spokesman for PIJ.

Hamas spokesman Fawzi Barhoum cast the escape similarly, saying it shows “that the struggle for freedom with the occupier is continuous and extended, inside prisons. and outside to extract this right.”

In Jenin, a Palestinian city in the West Bank (Judea and Samaria) and Zubeidi’s hometown, celebratory gunfire was heard Monday morning. Residents handed out coffee and sweets to passersby.