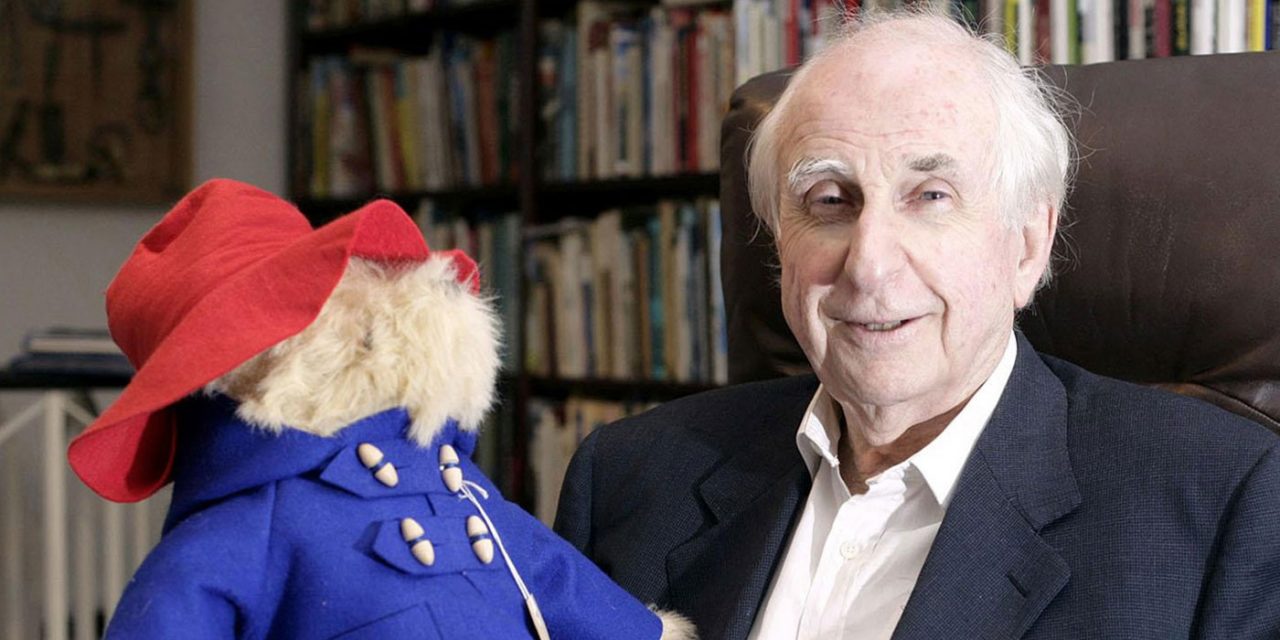 Michael Bond, author of the beloved Paddington Bear books, passed away at 91 this week. And it turns out his most famous character was inspired, in part, by the Jewish refugee children that Michael saw arriving in London by train.

As many children and parents will know, the Paddington Bear story goes as follows: The Brown family finds a bear from “darkest Peru” sitting on a suitcase at London’s Paddington train station. He has a note hanging around his neck that says “Please look after this bear.” The family takes him in and he embarks on a series of entertaining adventures.

In a 2014 interview with The Telegraph, Bond said the character was partially inspired by Jewish refugee children he had seen arriving at London’s Reading train station during World War II.

“I remember their labels round their necks and then I remember going to the cinema and seeing on the newsreel that Hitler had moved into some new country and seeing footage of elderly people pushing prams with all their belongings in them. Refugees are the saddest sight, I still think that,” he said.

While the inspiration for Paddington’s arrival was Jewish, the mannerisms of the famous bear were based on Bond’s father. He said, “My father was a very polite man. He always wore a hate in case he met somebody and had to have something to raise. And Paddington’s got a lot of him in it.”

Bond also expressed that he wanted a Jew to play the role of Dr. Gruber in the 2014 Paddington movie. Instead, Jim Broadbent was chosen to play him.

“It’s not his fault,” Bond said, “but it does bother me because I’ve such a clear picture of Dr. Gruber. I wanted someone foreign because he was based on my first agent, a lovely man, a German Jew, who was in line to be the youngest judge in Germany, when he was warned his name was on a list, so he got out and came to England with just a suitcase and £25 to his name,” Bond said.

Today is a very sad day. Michael Bond CBE will be missed by many. pic.twitter.com/ZoCb5sU2V9