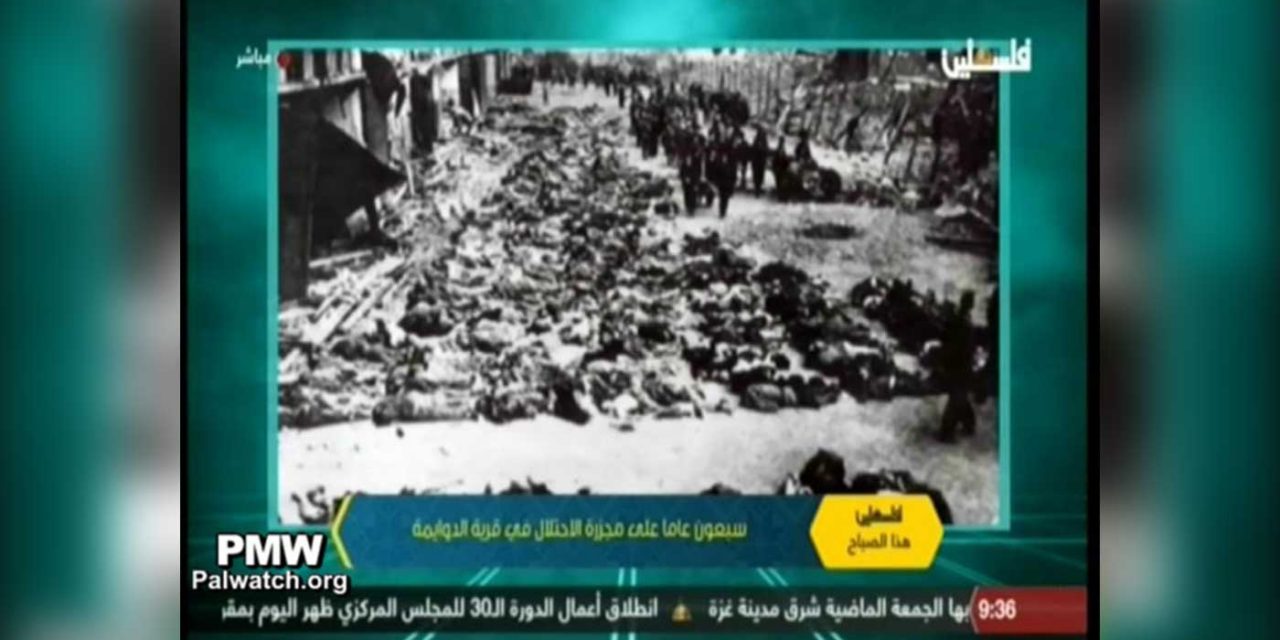 The Palestinian Authority is purposely tricking their own people into thinking that Israel committed mass murder, which is a blood libel. More than that, they are using images of dead Jews from the Holocaust to stir up further hatred against Jews today. Anti-Semitism did not die out with the Nazis. It is alive and well in the hearts and minds of those who wish to destroy the Jewish state. Using this imagery is one of the most outrageous displays of incitement to come out of the Palestinian Authority.

Palestinian Media Watch (PMW) reports that the image below is a screenshot from a PA TV broadcast on 28 October 2018: 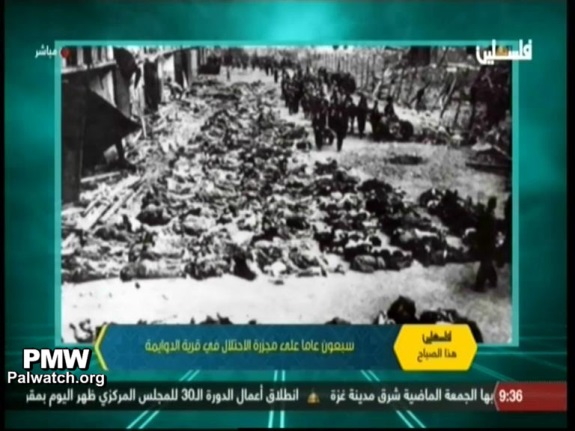 The programme is purporting to show images of Arab victims from the village of Al-Dawayima, which Israel captured during Israel’s War of Independence in 1948. The allegations against Israel is that there was a “massacre” in the village. The United Nations reported that around 30 women and children died during clashes between Israeli and Palestinian forces on 29 October 1948.

The image used, however, was actually from the Holocaust, when the concentration camp Nordhausen was liberated by the Americans. 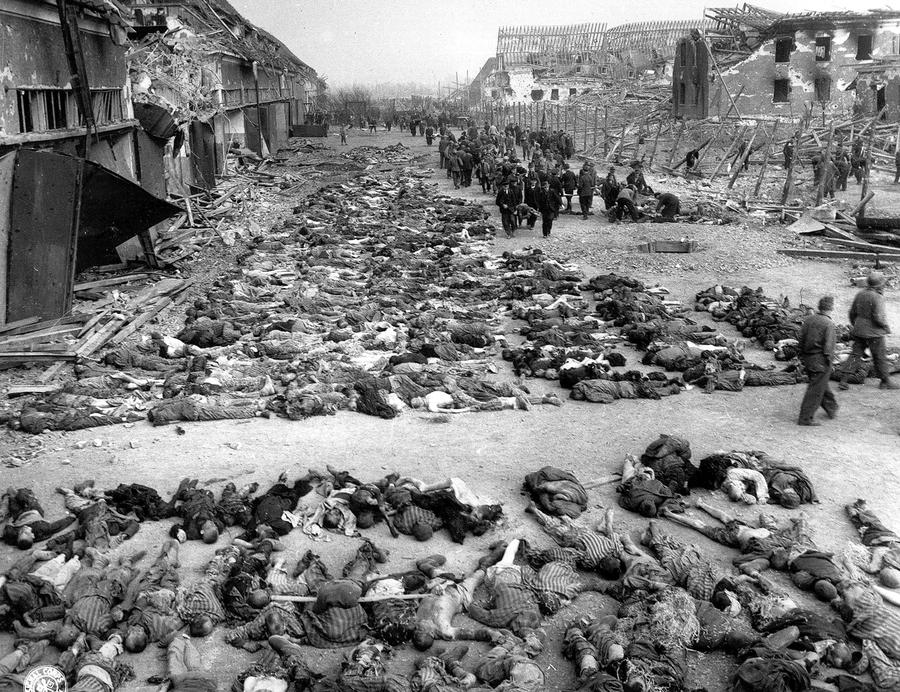 The photograph was taken by a US soldier on 17 April 1945 and shows hundreds of Jews who were killed in the Holocaust.

Shockingly, PMW reports that this is not the first time PA TV has pulled this trick, using the same image as above but instead claiming it to be from another alleged massacre.