PA Spokesman: “Europe is having a taste of what it prepared with its own hands”

PA Security Forces Spokesman, Adnan Al-Damiri says that the US and Europe, by supporting Jewish terror, have brought terror attacks, such as the Brussels Attacks, on themselves.

After the attack, Palestinian Authority Security Forces Spokesman and President Abbas’ top negotiator, Adnan Al-Damiri, took the opportunity to blame the US and Europe for bringing such attacks on themselves.

Palestinian Media Watch (PMW) discovered the post in which Al-Damiri claims that Europe and the US are responsible for “exporting Jewish terror to Palestine,” and therefore Europe is directly responsible for the terror that strikes it:

“Those who prepare the poison will taste it themselves, and today Europe is having a taste of what it prepared with its own hands,” he says. 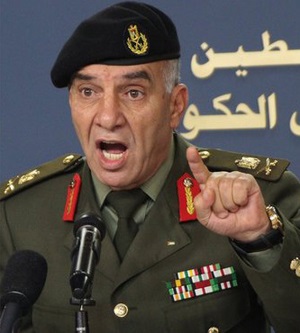 “While we condemn and denounce terrorist acts everywhere in the world, we Arabs are the ones who have been most severely burned by the fire of terror, which has been created and exported by the US and Europe since the Arab Jihad fighters in Afghanistan, and before that by exporting the Jewish terror to Palestine, supporting it and justifying it. Today, Europe is being burnt by its [the terror’s] fire in its airports and squares. I do not gloat but feel pain over every innocent soul that was killed, but those who prepare the poison will taste it themselves, and today Europe is having a taste of what it prepared with its own hands. Unless you fight terror everywhere, first and foremost in Palestine, since the [Israeli] occupation is the ugliest form of terror, as well as in Syria, Iraq, Yemen, Libya, Egypt, Tunisia and Jordan – you will be burnt by its fire, and terror has no religion.”

The message from Al-Damiri was also echoed in other parts of the Palestinian Authority, with the official PA daily newspaper posting a cartoon of a man, who’s head is the globe representing the West, trying to blow up the Middle East, but accidently blowing himself up.

At the annual APAIC conference in America, yesterday, Prime Minister of Israel Benjamin Netanyahu hit at the core of what drives these terrorists to carry out these heinous crimes and stated that the terror attacks in Europe, Israel and throughout the world are “one continual assault on all of us”.

“In all these cases the terrorists have no resolvable grievances,” he said. “It’s not as if we could offer them Brussels, or Istanbul, or California, or even the West Bank. That won’t satisfy their grievances. Because what they seek is our utter destruction and their total domination. Their basic demand is that we should simply disappear. Well, my friends, that’s not going to happen.”

The first part of his APAIC speech is here:

“This is one continual assault on ALL OF US…What they seek is our utter destruction and their total domination. Their basic demand is that we should simply disappear….That’s NOT going to happen. The only way to defeat these terrorists is to join together and fight them together…with political unity and with moral clarity”

Posted by Christians United for Israel – UK on Tuesday, March 22, 2016