Over 100 Jewish graves defaced with swastikas in France 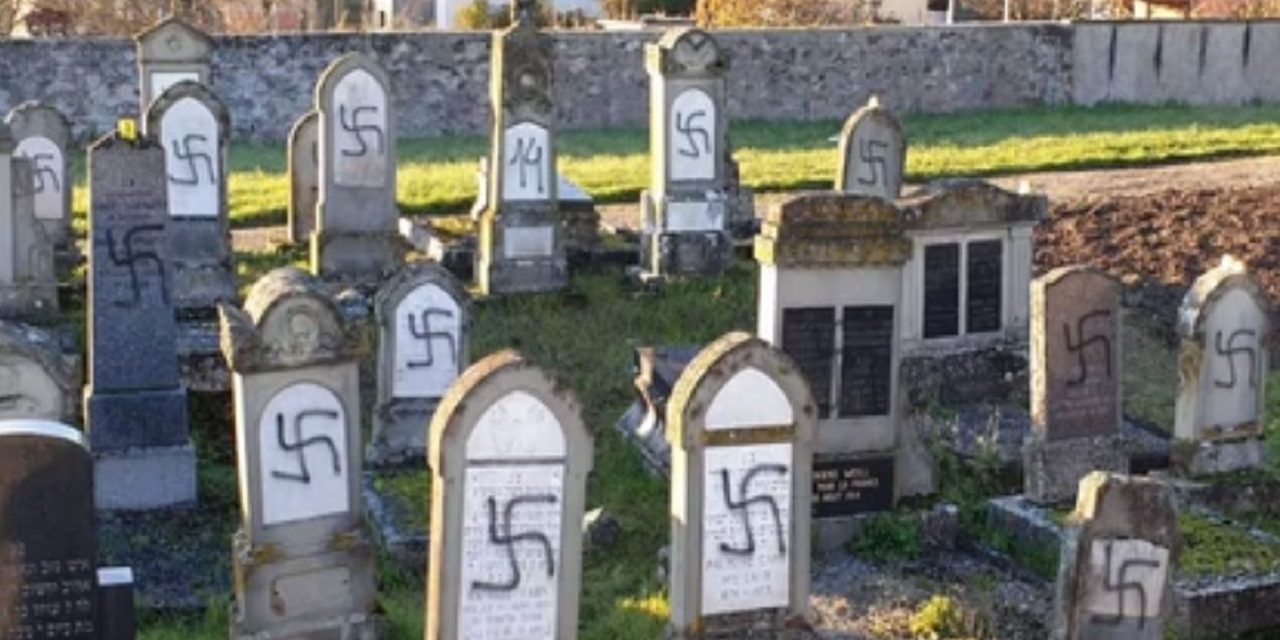 More than 100 tombstones buried inside a Jewish cemetery were found desecrated near the border-town of Strasbourg, France on Tuesday.

Anti-Semitic symbols, including swastikas, were found on at least 107 Jewish graves inside a cemetery located in Westhoffen, not far from Strasbourg, town leaders said in a statement.

“This discovery comes as anti-Semitic graffiti was already found in the town of Schaffhouse-sur-Zorn”, about twenty kilometers from Westhoffen, the statement added.

Local authorities are currently conducting a preliminary investigation and collecting evidence from the desecrated cemetery.

“We strongly condemns these heinous anti-Semitic acts that once again strike the Lower Rhine and expresses his utmost support for the Jewish community,” district representative Jean-Luc Marx told local media.

The cemetery in Schaffhouse-sur-Zorn houses some 700 Jewish graves, according to AFP. For several months, the Alsace region has been facing an upsurge in anti-Semitic, racist graffiti and vandalism.

In February, 96 graves contained in the historic Quatzenheim Jewish cemetery, about fifteen kilometers from Westhoffen, were desecrated with antisemitic graffiti, as well as in Herrlisheim, north-east of Strasbourg almost exactly one year ago.