Major rally against anti-Semitism planned for Parliament Square on Sunday 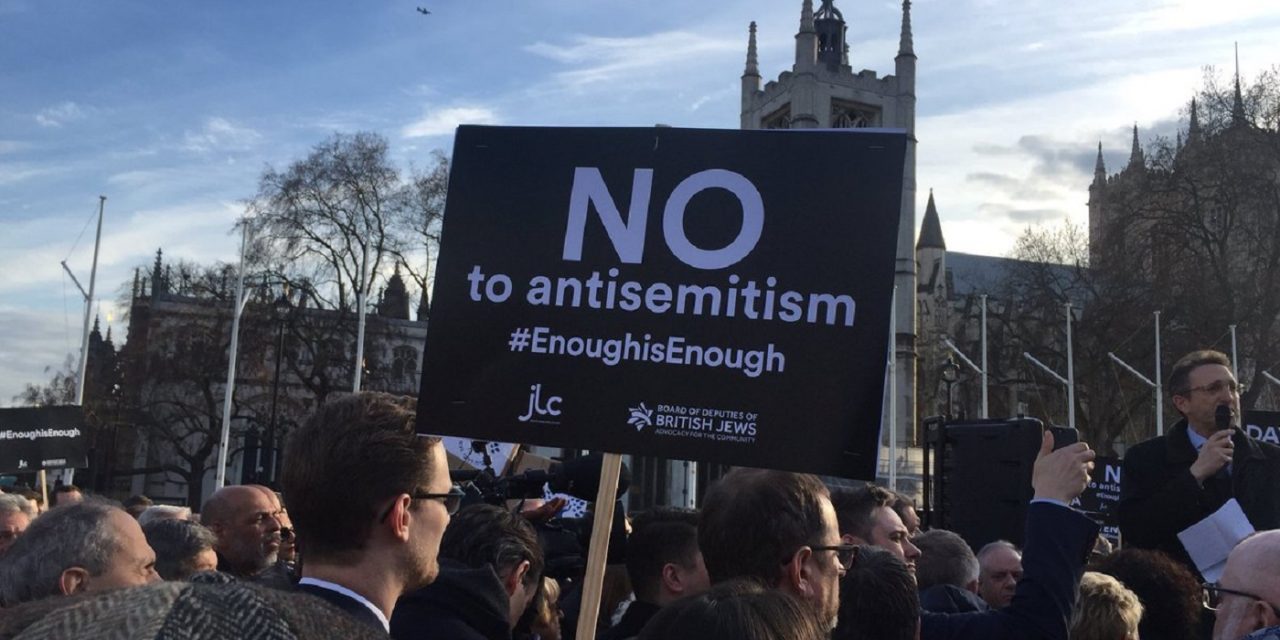 A major rally against anti-Semitism is planned for Parliament Square on Sunday  just days before the country goes to the polls.

Rachel Riley is among a growing list of personalities calling for people to attend the rally. The TV presenter said, “We’re going to look back at this moment and ask ourselves if we did everything we could. Anyone who can must join the rally this Sunday in Parliament Square and stand #TogetherAgainstAntisemitism.”

Meanwhile, Deborah Meaden, famous for TV’s Dragons’ Den, added her voice to the appeal: “The surge of anti-Semitism is very worrying and the fight against it is a fight for the very soul of country. Whatever your race, religion, creed, stand shoulder to shoulder with the British Jews against dangerous prejudice.”

Among the speakers will be Colonel Richard Kemp, Robert Rinder, Tracy Ann Oberman, Matt Forde and others.

Organisers state, “Whatever your religion, race or politics, this Sunday, 8th December, at 1:15pm, we will rally together in Parliament Square as Jews and non-Jews alike to say clearly and with one voice, that we stand #TogetherAgainstAntisemitism.”

“This rally is not political and no politicians will be speaking: it is about decency, which if nothing else is surely what this country stands for.”

The event will take place from 1:15pm to 2:30pm in Parliament Square and CUFI is urging Christians to show their support.

This Sunday, we are taking a stand against hate

Join us at 1:15pm in Parliament Square to show solidarity with British Jews

Whatever your politics, race or religion, let’s show Britain’s Jews that we stand #TogetherAgainstAntisemitism