Israel endured 24 rock-throwing and firebomb attacks on soldiers and Jewish civilians on Yom Kippur. If you thought you missed coverage in the mainstream media, you didn’t. The fact remains that hostilities against Israel often go unreported or are not given the balanced coverage required.

On the eve of the Jewish New Year, Jewish Israeli, Alexander Levlovich, 64, was attacked by Palestinian protesters in an eastern Jerusalem neighbourhood. Protesters pelted his car with rocks, causing Levlovich to lose control of the vehicle and smash into a pole. He died the following morning. However, the Daily Telegraph chose to describe the murder as “elderly Israeli motorist suffered fatal injuries…after crashing his car into an electricity pole, apparently after it had been struck by a stone”

The incident comes amid an escalation of clashes at the Temple Mount, where for consecutive days Palestinian protesters hurled rocks and fire-crackers at Israeli police, who responded with tear gas and stun grenades. The initial unrest followed Israel’s barring of a violent Palestinian group from the Temple Mount. This confrontation was stirred up by Palestinian Authority President Abbas who, referring to the Al-Aqsa Mosque, said last week “They [Israelis] have no right to desecrate them with their filthy feet. We won’t allow them to do so and we will do whatever we can to defend Jerusalem.”

Three days after the renewed violence began, Israeli police raided the mount on the eve of the Jewish New Year, uncovering a stockpile of pipe bombs, firebombs and rocks that they feared would be aimed at Jewish worshippers.

With several people losing their sight over the past year, and now with the recent increase in violence, PM Netanyahu told an emergency cabinet meeting last week that he would seek advice from the attorney general, on the legality of allowing police to use sniper fire against stone throwers.

According to the IDF, combat soldiers manning a post in the Jordan Valley on Yom Kippur foiled an attempted attack by a Palestinian Authority terrorist who was carrying an explosive device. During the day, Jerusalem Arabs carried out a firebombing attack on a Jewish home in the mixed Jewish-Arab Abu Tur neighbourhood of Jerusalem, but fortunately missed their target. More than 200 Palestinian Authority terrorists rioted near Hebron and threw rocks at police, and another firebomb was hurled at a Jewish home in Hebron. Rock-throwing attacks by Palestinian protesters were also reported in Har Homa, a large Jewish neighbourhood at the southern edge of Jerusalem.

However, continued threats and violence towards Israel are completely ignored by the media when providing the context in which a young Israeli soldier, protecting Israel’s border is faced with a decision of whether to pull the trigger when a fully veiled Palestinian woman with a briefcase fails to obey orders to stop, refuses to be searched and brandishes a knife.

This incident took place on Tuesday, in which an 18-year old Palestinian woman, Hadeel al-Hashlamon, died in hospital after being shot at a checkpoint. The version of events are disputed by the woman’s family who, stating her innocence, say she didn’t have a knife and also claim she was prevented from being treated for “at least half an hour.” Israeli military have since published a photo of the knife and clarified that the woman was not treated for two minutes whilst an anti-bomb robot checked for explosive devices.

A question remains whether this young lady was intent on causing terror, although the evidence presented by the Israeli military clearly suggests this to be the case.  However, notwithstanding this evidence, the fact remains that Israel is on high alert for good reason – it faces a real threat within and without – a point most of the national press failed to highlight when covering the story.

Sky News featured the story in its top headlines on Tuesday with the emotive headline “Palestinian woman shot dead by Israelis”. The Daily Mail, who gave the story of her background as well as her last photo, chose to describe her as a “Palestinian teen” in their headline, even though the woman was an adult. The BBC titled their article, “Clashes after funeral of Palestinian shot in West Bank”.  They, like most the UK press, failed to mention the knife within their headline or the perceived threat to Israel’s security. In the social media age, Twitter was ablaze with anti-Israel propaganda as the world absorbed Israel’s “irrational actions” in just 60 characters. The only source of the story, which also provided photos and denied there was a knife, was ‘Youth Against Settlements’. It was given a platform without the BBC, Sky News and others informing readers of their questionable political agenda.   They like many others, did not find it appropriate to show readers the photograph of the knife or of the bomb disposal robot (thankfully the BBC has since included the photo of the knife in their article).

The IDF said in a statement Wednesday “From the preliminary review regarding this morning’s incident in Hebron, the perpetrator approached the checkpoint and the metal detector was activated, alerting the troops’ suspicion.” 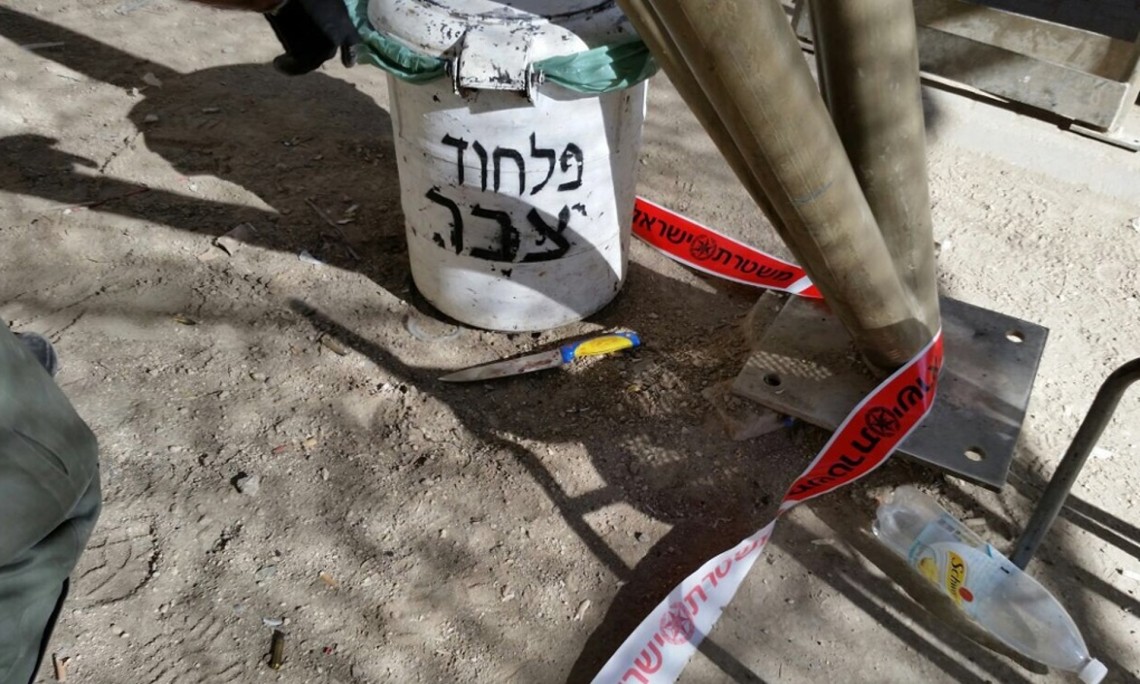 Knife at the scene (IDF)

“Forces at the scene asked the perpetrator to stop, at which point she approached the forces, disregarding the instructions and raising further suspicion. Forces called for her to halt, which she ignored, and she continued moving while also pulling out a knife.

“At this point, forces fired at the ground, then at her lower extremities in attempts to stop her advancement. The perpetrator continued and at this point, recognising a clear and present danger to their safety, the forces fired towards her.”

Clearly Israel faces a battle, not only at its borders, but also in the media.

And finally, just in case you didn’t hear, Israel was hit by two rocket attacks on 18 September fired from Gaza. One landed in the town of Sderot, not causing casualties, and the other intercepted by Iron Dome missile defence. If you didn’t hear in the mainstream media, you can probably guess why.

Photos distributed by Youth Against Settlements to the media 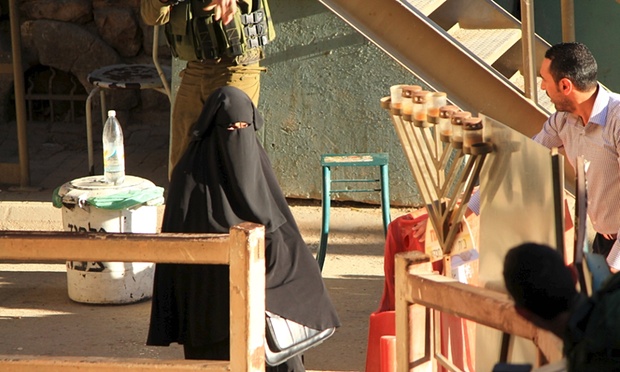 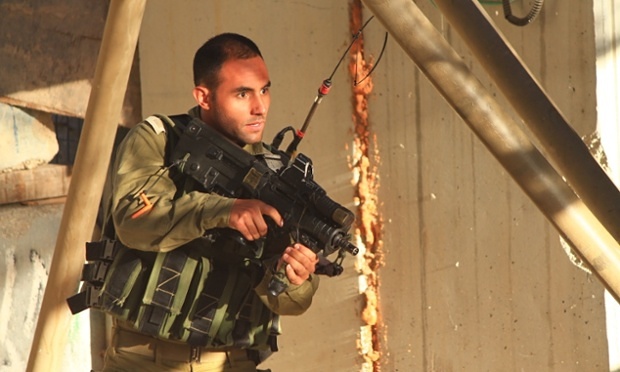