Nikki Haley: No country acts with more restraint than Israel 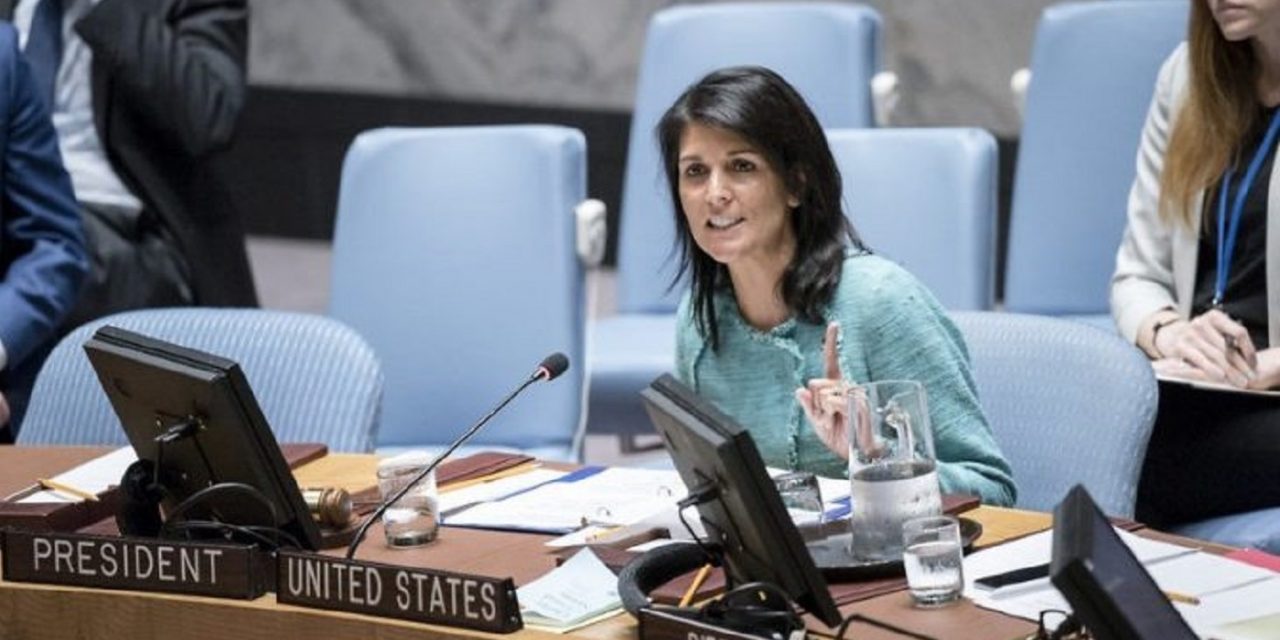 US Ambassador to the United Nations (UN) Nikki Haley forcefully defended Israel’s reaction to the violent riots along the border with the Gaza Stripon Monday that resulted in more than 60 Palestinian deaths.

“I ask my colleagues here in the Security Council: Who among us would accept this type of activity on your border?” she posed. “No one would. No country in this chamber would act with more restraint than Israel has.”

The emergency session at the Security Council (UNSC) was convened by Kuwait following the Palestinian onslaught on Israel’s southern border with Gaza, with many members of the council blaming the US embassy relocation to Jerusalem as a cause of the violence.

“The unilateral decision by the United States to move its embassy to Jerusalem does nothing but inflame spirits,” said Sacha Llorenti, Bolivia’s envoy.

However, Haley shot back, saying that the embassy move was a “cause for celebration” and “reflects the will of the American people.”

“It reflects our sovereign right to decide the location of our embassy. Importantly, moving our embassy to Jerusalem also reflects the reality that Jerusalem is the capital of Israel. … Recognizing this reality makes real peace more achievable, not less,” she declared.

Nikolai Mladenov, the UN’s Middle East envoy, said there was “no justification for the killing” and “no excuse.”

Israeli Ambassador to the US Danny Danon accused Iran of helping to foment the violence in Gaza, saying, “we do have indications of Iranian funding into Hamas.”

“We know the riots are well-organized, well-funded and well-orchestrated by Hamas,” he added. “Iran is supporting the riots in Gaza.”

“What would you do, each one of you, if a violent mob of tens of thousands were threatening your sovereign borders?” Danon asked members of the Security Council. “What would you do if your people were faced with terror attacks day in and day out? You must not give in to the cycle of death the Palestinians have created. You must call out lies when you see them.”

Earlier, the US blocked a UNSC statement that would have called for a UN probe of the violence, which read: “The Security Council expresses its outrage and sorrow at the killing of Palestinian civilians exercising their right to peaceful protest. The Security Council calls for an independent and transparent investigation into these actions to ensure accountability.”

The statement made no reference to any violence committed by Palestinians in the incident, which included the throwing of Molotov cocktails and rocks, live fire against IDF soldiers, the flying of incendiary kites and balloon bombs into Israel, and the burning of tires to create smoke screens for the planting of bombs along the fence.