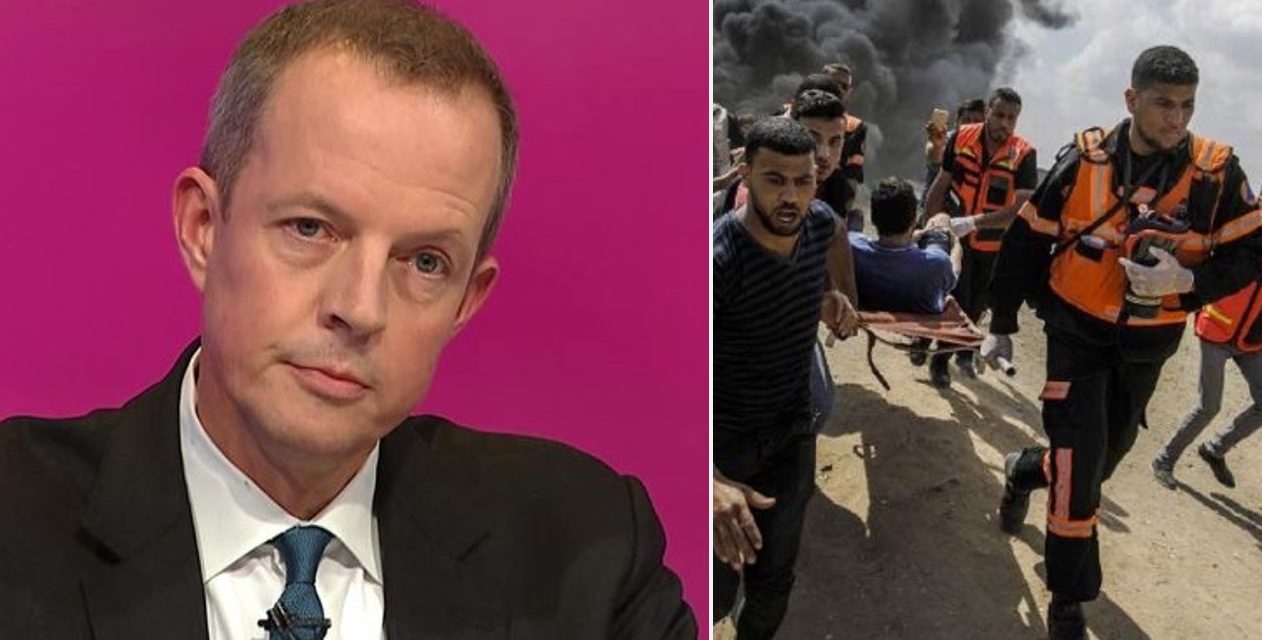 An MP in UK Parliament has admitted he was wrong when criticising Israel earlier this week after new information emerged regarding the Gazan rioters that were killed.

Nick Boles, Conservative MP for Grantham and Stamford, tweeted his U-turn yesterday when new information released by Hamas itself stated that “50 of the 62” deaths were members of the terrorist group.

“Yesterday I criticised Israel’s handling of the protests at the Gaza border. I should not have been so quick to judge,” said Boles, “We now learn that the 50 of those killed were Hamas terrorists. Israel had an absolute right to defend itself against such attacks.”

The Tory MP’s integrity to admit his misjudgement shows how opinions can change when presented with the truth.

Yesterday I criticised Israel's handling of the protests at the Gaza border. I should not have been so quick to judge. We now learn that the 50 of those killed were Hamas terrorists. Israel had an absolute right to defend itself against such attacks. https://t.co/nkFO1XWUDh

Yesterday, CUFI reported that Salah al-Bardawil, one of the Islamist group’s leaders, told Baladna TV, a private Palestinian news outlet: “In the last rounds of confrontations, if 62 people were martyred, 50 of the martyrs were Hamas and 12 from the people. How can Hamas reap the fruits if it pays such an expensive price?”. Questioned about the figures by the presenter, Bardawil said they were “official numbers”.

In a further statement, the Islamic Jihad terror organisation said three of its members were also killed in the protests, bringing the total number of known members of terror groups among the fatalities up to 53.

In one incident on Monday, Israeli soldiers prevented an attempted breach of its border with Gaza by eight Hamas fighters, who were killed in the ensuing gunfire. The armed terrorists threw pipe bombs and grenades at Israeli forces, before opening fire at troops when riot dispersal methods were used.

There were no reported incidents on the Israel-Gaza border on Wednesday, although the IDF is reportedly preparing for renewed clashes on Friday, on which the Palestinian Authority has called for a ‘Day of Rage’.

Earlier this week, Stephen Crabb, chair of the Conservative Friends of Israel, accused Hamas of “manipulating the citizens of Gaza”.

“Hamas are manipulating the citizens of Gaza into the kind of actions we have been seeing and they are blatantly encouraging acts of terror and are seeking to bring chaos and terror and death onto Israeli soil.”

Asked in an interview if he believed condemnation should also be made of the continued use of live ammunition by the IDF he insisted: “From a CFI perspective we recognise the responsibility the Israeli government has to defends its own citizens, the legitimacy of the right to defend itself.

“It is the case that no other government on earth gets more demands and requests from other members of the international community to always demonstrate they are taking steps to avoid unnecessary human casualties.

“Every single time there is an attack on Israel, whether through terrorism or concerted military action across borders, or the kind of incidents we have seen on the Gazan borders in recent weeks, the international community is very quick to demand that the Israeli government demonstrates it’s taking all steps possible to avoid human suffering.”