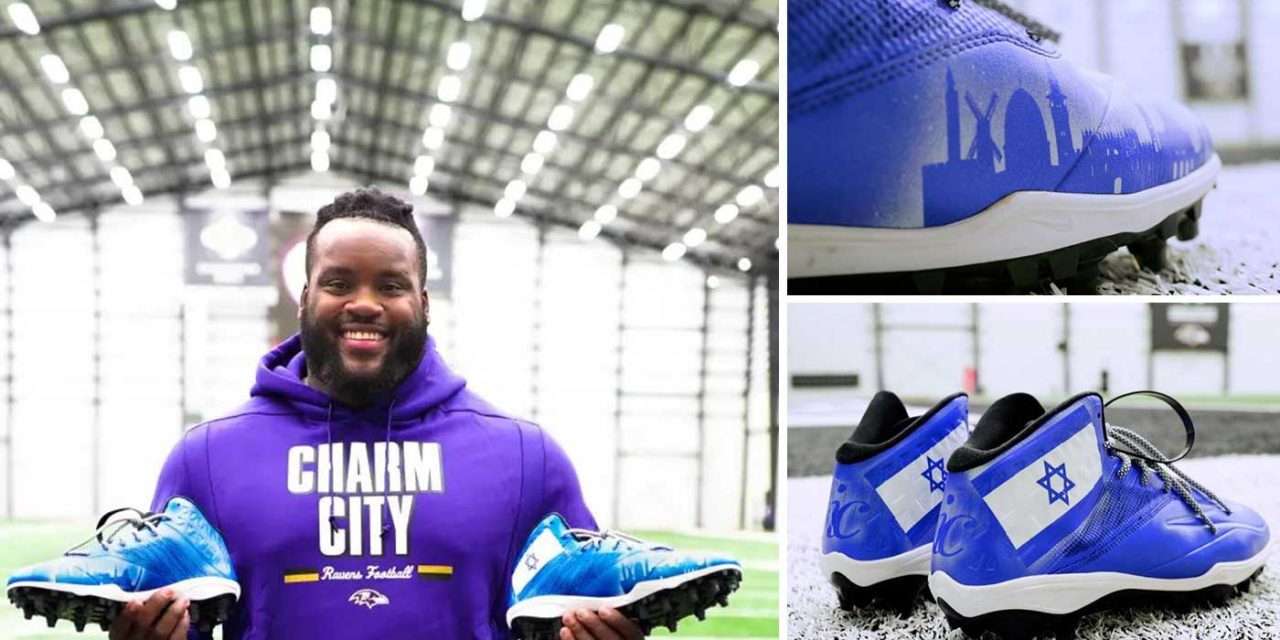 Baltimore Ravens player Michael Pierce is a Christian Zionist and wanted to show his support for Israel by putting the Israel flag and the Jerusalem skyline.

The ‘My Cause My Cleats’ is an annual campaign run by the NFL to allow players to bring awareness to charities and causes that are close to their hearts. Each player is allowed to decorate their shoes with whatever cause they want to represent.

“Having the Israel flag in front and centre was paramount for me. I needed that to be right where it is… The message for me is just the oneness and the connectedness I feel with that land. Growing up and reading the Bible, hearing Bible stories and learning exactly where Jesus walked is awesome.”

Talking about his experience in Israel Pierce said he experienced the Israeli culture, saw the differences and even celebrated Shabbat whilst there. “I just enjoyed their company and learned so many different customs and learn things that they do that I’ve just never been aware of. How warm people are is definitely something I hope people will read about and maybe go over, if they’re able of course, to be able to see exactly what is going on.”

Watch the video below and to learn more about Israel Collective click here.