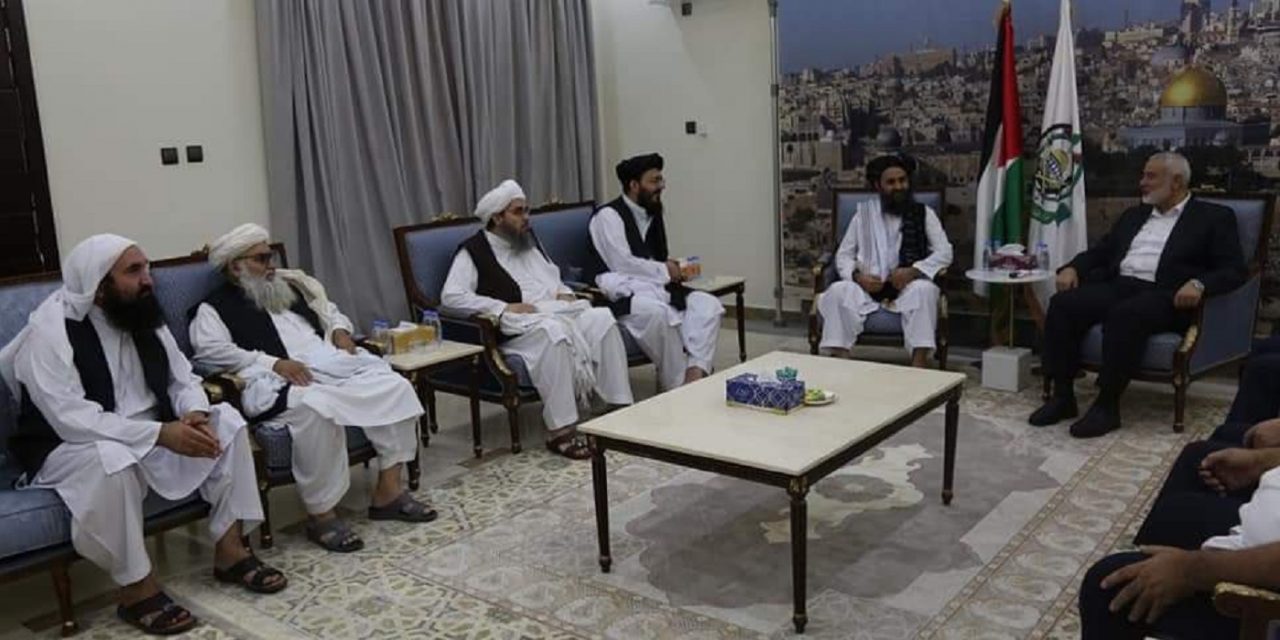 Arabic media has published photos of a Taliban delegation meeting with Hamas leader Ismail Haniyeh. The meeting reportedly took place in May in Qatar where the Hamas leader has been based for the past two years.

The revelations come as the Gaza-based terror group, Hamas, congratulated the Taliban on Monday for what it described as a “victory” over the US.

During the meeting in May the Taliban delegation apparently “congratulated” the Hamas leader on his group’s “victory” in the 11-day war with Israel.

The Palestinian journalist said he expected increased cooperation between Hamas and Taliban after the “liberation” of Afghanistan. “The victory of Taliban emboldens the Palestinian resistance groups, including Hamas,” he said.

The revelations are another reminder that standing with Israel is standing against terror.

It might surprise you to learn that the terror group Hamas is only banned in part here in the United Kingdom. If you haven’t already done so, please take a few moments to contact your MP urging the UK government to proscribe Hamas in its entirety.

In just a few simple steps, you can email your MP using CUFI’s suggested wording through our automated form. (Please make sure you enter your postcode and wait for the fields to populate. Don’t enter your address manually).