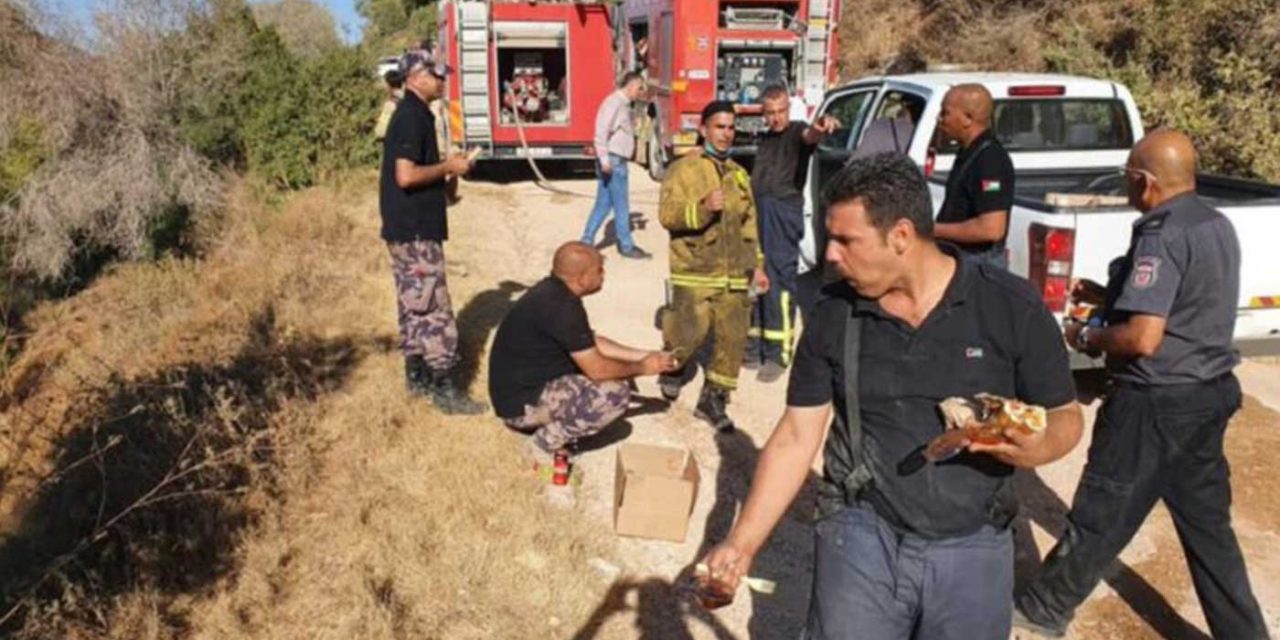 Amid the tragic destruction and displacement caused by wildfires that have blazed through the Jerusalem Hills since August 15, we were heartened to see a Facebook post from the Israel Ministry of Foreign Affairs.

It was a picture that seemed ordinary but was in fact quite extraordinary. The caption reads: “Israeli & Palestinian firefighters take a lunch break together while battling wildfires near Jerusalem. Thank you to the Palestinian Authority for the cooperation.”

The U.S. is pleased to see successful cooperation between Israeli and Palestinian firefighters to contain the wildfires outside of Jerusalem. We look forward to more examples of Israelis and Palestinians working together to address their common challenges in a land dear to both. https://t.co/focMgOb5bk

Israeli Defense Minister Benny Gantz took to Twitter to express his thanks to the Palestinian Authority for assisting Israeli firefighters on Tuesday.

“Mutual care and saving human lives are common interests to us all,” Gantz tweeted in Arabic, Hebrew and English.

Israeli & Palestinian firefighters take a lunch break together while battling wildfires near #Jerusalem.

Thank you to the Palestinian Authority for the cooperation.

By nightfall on Tuesday, National Fire and Rescue Chief Dedi Simchi announced that the fires in the western suburbs of Jerusalem had been “fully contained” after a 52-hour effort. In all, hundreds of residents were evacuated, and some 6,200 acres of woodlands were burned.

Some pics of the Palestinian firefighters working at the fire zone near Jerusalem pic.twitter.com/dJLkABXBoR