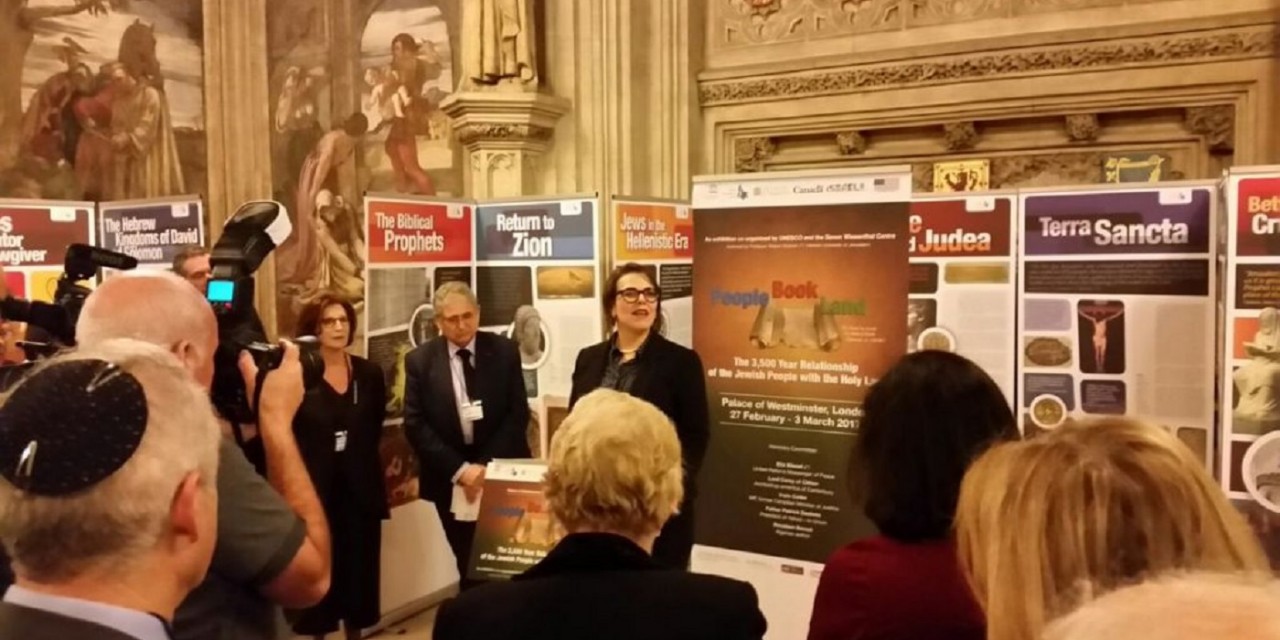 Israel’s new deputy ambassador in London has opened a special parliamentary exhibit of Jewish links to her homeland.

Sharon Bar-li, who only began work on Monday, paid tribute to the Simon Wiesenthal Center for curating an exhibit chronicling more than 3,500 year of Jewish history, saying: “From exile and struggle, to the rebirth of a nation… Israel has remained the epicentre of Jewish life.”

In a short speech full of biblical references, Bar-li said Israel “indisputably remains the homeland of the Jewish people biblically, historically, morally and culturally,” and paid tribute to Lord Balfour, as she cited the upcoming centenary of the Balfour Declaration.

Britain’s foreign secretary in 1917, Balfour “recognised this precious bond between the people, the book, and the land,” she said, in what was “the first statement by a major power to recognise the Jewish people’s right to sovereignty in their homeland”.