Anti-Semitic incidents in the UK are now at record levels, after the charity charged with protecting the Jewish community revealed “shocking” new figures from the first half of 2017.

Today’s report by the Community Security Trust (CST) shows 767 anti-Semitic incidents recorded between January and June, a 30 percent increase on the same period last year. Of these, 425 were reported in London, and 80 were ‘assaults,’ an increase of 78 percent from this time last year. 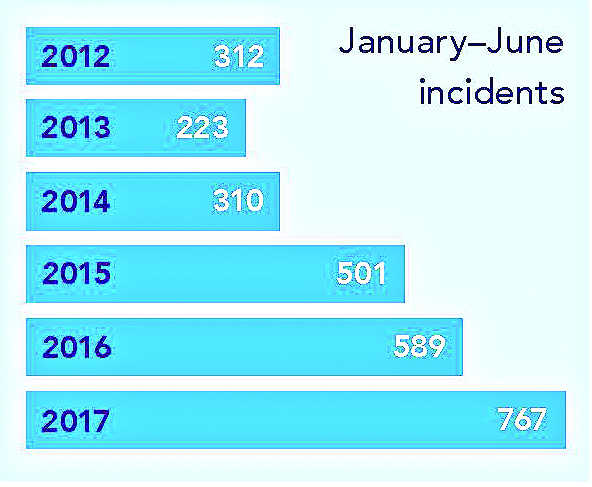 Almost half the total number of incidents were classed as “verbal anti-Semitic abuse,” the CST said, with pedestrians often targeted from passing cars, while a fifth were reported as online hate crime, typically sent over social media platforms.

The report also noted that the number of incidents at Jewish schools more than doubled when compared to the first half of 2016, with 22 recorded.