Netanyahu with piece of Iranian drone: “Mr Zarif, do you recognise this?” 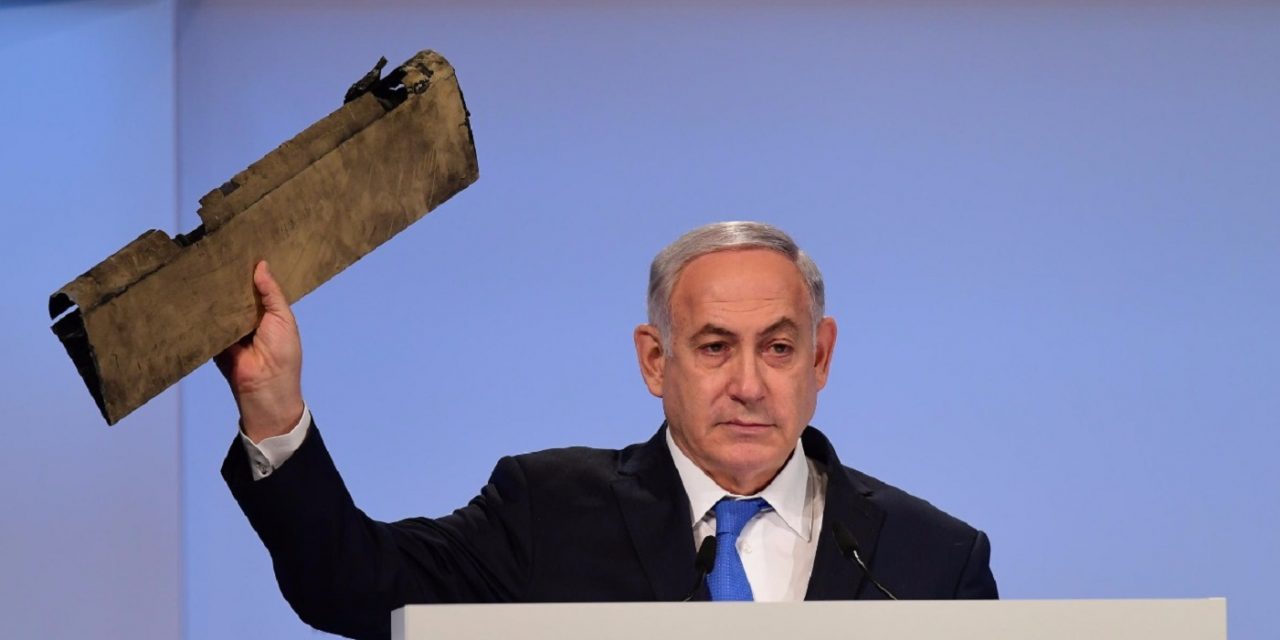 Prime Minister Benjamin Netanyahu on Sunday presented what he believed was a clear-cut indictment against Iran’s mounting regional belligerence when he displayed a piece of the wreckage of the Iranian UAV that was shot down in Israel earlier this month.

“Iran denies that it committed an act of aggression against Israel last week, that it sent a drone into our airspace to threaten our people,” Netanyahu stated during his speech at the Munich Security Conference.

“Well, here’s a piece of that Iranian drone, or what’s left of it after we shot it down. I brought it here so you could see for yourself,” he said, holding up the piece.

Addressing Iranian Foreign Minister Mohammad Javad Zarif, Netanyahu said: “Mr. Zarif, do you recognize this? You should. It’s yours. You can take back with you a message to the tyrants of Tehran: Do not test Israel’s resolve.”

📽️ WATCH: In the Munich Security Conference, PM Netanyahu presented a piece of the Iranian drone which was sent into Israeli airspace last week, and told Iran's FM Zarif: You can take back with you a message to the tyrants of Tehran: Do not test Israel's resolve.Watch PM Netanyahu's full speech: http://bit.ly/2EQpAUI

Posted by Israel Ministry of Foreign Affairs on Sunday, 18 February 2018

Netanyahu told world leaders, defense officials and diplomats at the conference that the nuclear deal signed with Iran in 2015 has “unleashed a dangerous Iranian tiger in our region and beyond.” He pointed out that the agreement was similar to the infamous 1938 “Munich Agreement” that Western powers signed with Adolf Hitler in an attempt to stave off war in Europe, shortly before World War II broke out.

“The concessions to Hitler only emboldened the Nazi regime,” he said. “Rather than choosing a path that might have prevented war… those well-intentioned leaders made a wider war inevitable and far more costly.”

Declaring that Iran’s “brazenness hit new highs,” he then held up the Iranian UAV part.

“Israel will not allow Iran’s regime to put a noose of terror around our neck,” he asserted. “We will act if necessary, not just against Iran’s proxies that are attacking us, but against Iran itself.”