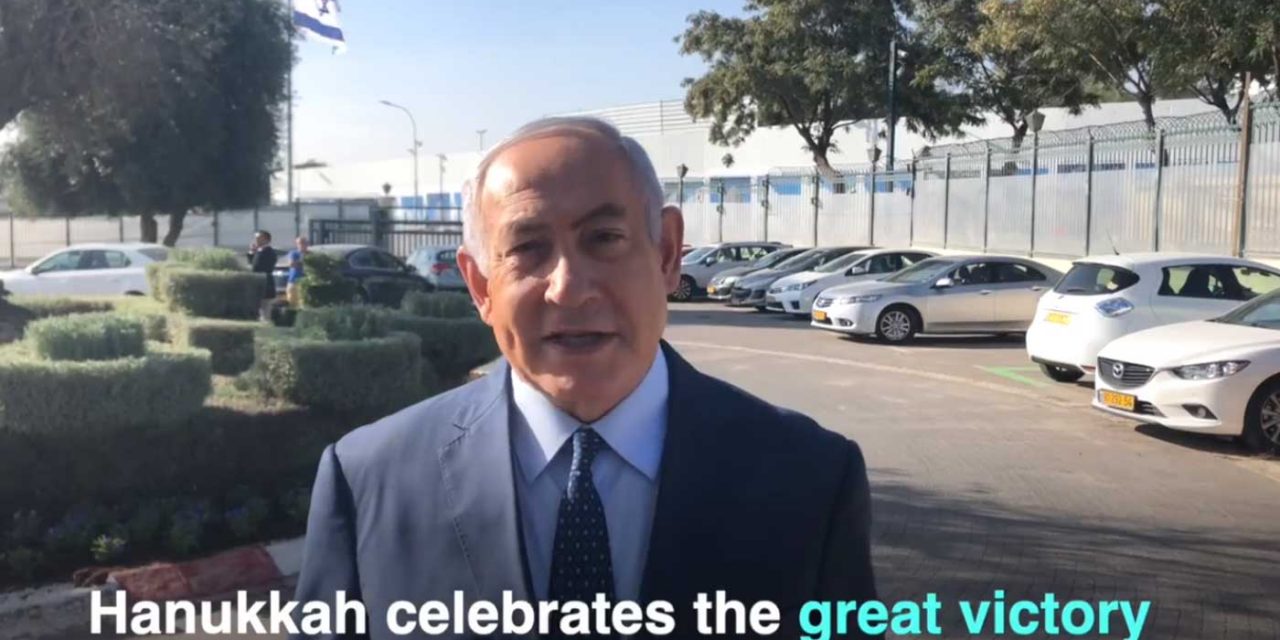 Israel’s Prime Minister Benjamin Netanyahu has given a video message to wish all of Israel’s friends worldwide a “Happy Hanukkah”.

“Happy Hanukkah to all our friends worldwide. Hanukkah celebrates the great victory of the Maccabees against the Seleucid Greeks over 2,000 years ago. By this war of heroism – the few against the many, Judah Maccabee secured the future of Judaism – the survival of the Jewish people.”

“So, we in Israel, and around the world, celebrate this great victory, this great war of liberation. But its also a family celebration. We embrace our families during that time.”

He also spoke of another war that Jews face during this time. “It’s the war against calories”, the Prime Minister says, referring to the fact that Jewish people celebrate Hanukkah with the food fried in oil, such as latkes and doughnuts, to celebrate the miracle that the oil in the menorah lasted for eight days when they only had enough for one. To learn more about Hanukkah, read our article

Prime Minister Netanyahu: "Happy Hanukkah to all our friends worldwide!"

Prime Minister Netanyahu: "Happy Hanukkah to all our friends worldwide!"

Posted by The Prime Minister of Israel on Monday, 3 December 2018