Netanyahu turns to the Bible in powerful UN speech 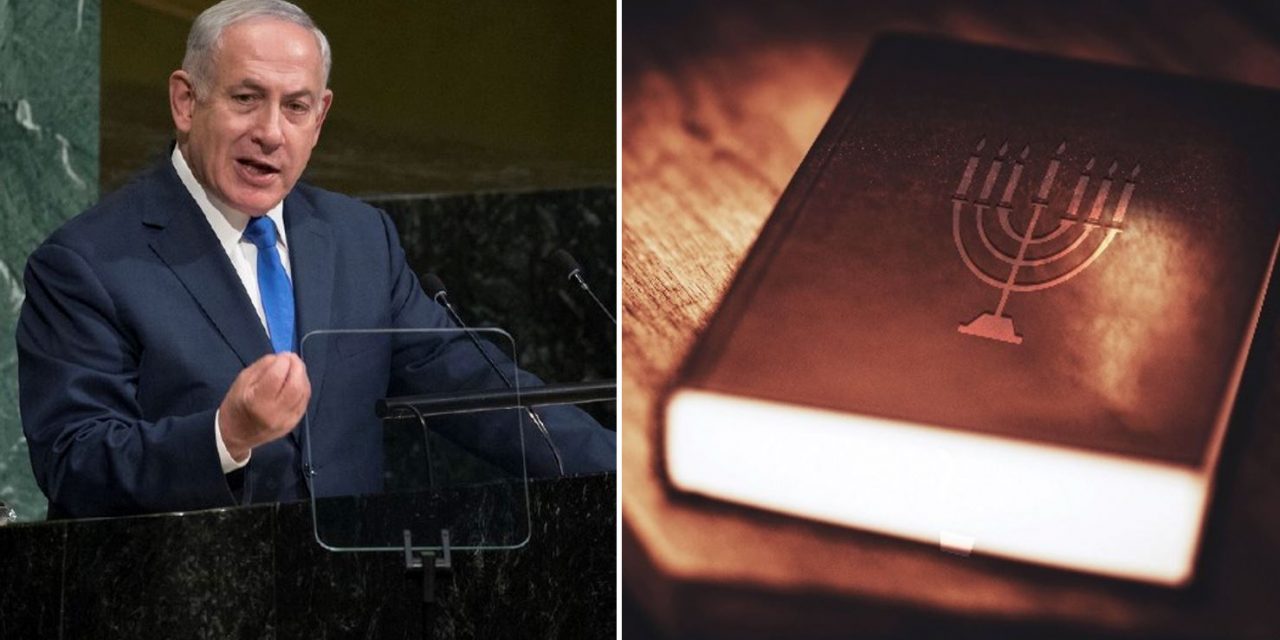 Prime Minister Benjamin Netanyahu gave a powerful speech at the United Nations on Tuesday. Within his address to world leaders, the Israeli PM referenced the Bible three times.

Israel’s right to exist and prosper as a nation is rooted in God’s Word, and it is exactly the message world leaders needed to hear.

In challenging the “fake history” purported by UNESCO, Netanyahu gave the UN General Assembly a brief biblical history in Jewish heritage going back to the Patriarchs before telling world leaders that they can get a Bible from Amazon.

“In July, UNESCO declared the Tomb of the Patriarchs in Hebron a Palestinian World Heritage site. That’s worse than fake news. That’s fake history. Mind you, it’s true that Abraham, the father of both Ishmael and Isaac, is buried there, but so too are Isaac, Jacob, Sarah, Rebecca – Sarah is a Jewish name, by the way – and Leah, who just happen to be patriarchs and matriarchs of the Jewish people. You won’t read about that in the latest UNESCO report.

But if you want to, you can read about that in a somewhat weightier publication — it’s called the Bible. I highly recommend it. I hear it even got 4 ½ out of 5 stars on Amazon. And it’s a great read. I read it every week.”

2. The “Light of Israel will never be extinguished”

“Iran spreads this curtain of tyranny and terror over Iraq, Syria, Lebanon and elsewhere, and it pledges to extinguish the light of Israel.

“Today, I have a simple message for Ayatollah Khamenei, the dictator of Iran: The light of Israel will never be extinguished.”

Netanyahu’s hard-hitting reminder that Iran will not succeed can be related to a verse in 2 Samuel Chapter 21 in which King David was saved by military leader Abishai, who was also David’s nephew. The phrase “quench the lamp of Israel” is also translated “extinguish the light of Israel”. In Job 18:5, 6 the extinction of the lamp signifies the destruction of the family. King David’s men, in their position as defenders of Israel recognised that David was the light of Israel and in their wisdom ensured that he didn’t re-enter battle in person.  As his friends, David’s men protected the “light of Israel” as all true defenders of Israel do.

But Abishai the son of Zeruiah came to his aid, and struck the Philistine and killed him. Then the men of David swore to him, saying, “You shall go out no more with us to battle, lest you quench the lamp of Israel.” 2 Samuel 21:17

Its important to note that throughout history there have been many attempts to wipe out Israel and the Jewish people from the face of the earth, but thankfully – as God has promised – the light of Israel has never gone out.

3. Israel, a “Light unto the Nations”

Netanyahu closed with the powerful reminder that Israel is a light unto the nations when referring to Israel’s rising prominence across the world, including how Israel is contributing to aid and relief efforts around the globe.

“As the prophet Isaiah said, “I have made you a light unto the nations, bringing salvation to the ends of the earth.”

“Today, 2,700 years after Isaiah spoke those prophetic words, Israel is becoming a rising power among the nations. And at long last, its light is shining across the continents, bringing hope and salvation to the ends of the earth.”

Prime Minister Netanyahu is right. Israel is a light unto the nations…and it NEVER will go out.

You can watch and read the full speech here