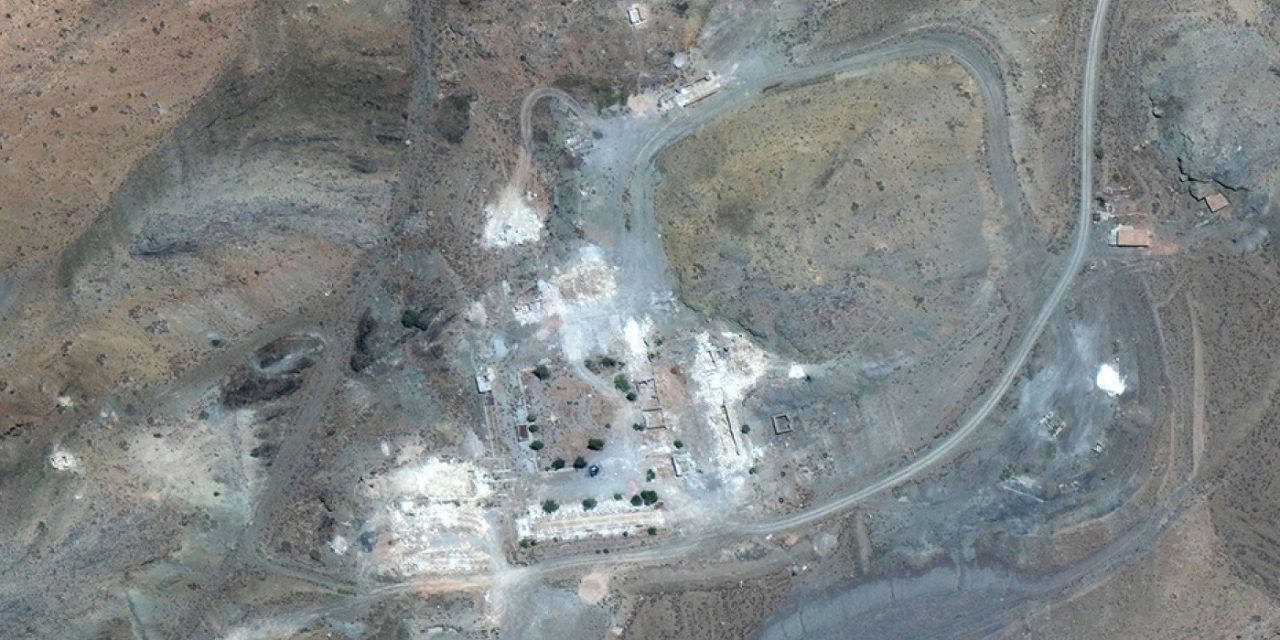 A remote site that Israeli Prime Minister Benjamin Netanyahu says was used by Iran to conduct “experiments to develop nuclear weapons” has now been wiped off the map, satellite images show.

The group of buildings hidden in the hills outside of the city of Abadeh was discovered using information gathered in a trove of documents Israeli agents stole from an Iranian warehouse and made public early last year, Netanyahu announced Monday during a televised speech. He also claimed Iran recently destroyed the site after learning that Israel became aware of its existence.

“In this site, Iran conducted experiments to develop nuclear weapons,” Netanyahu said according to Reuters.

He provided no details or evidence of what those experiments were, but he showed off two satellite photos. The first, taken in June, showed the facility intact. The second, taken in July, showed parts of a building there that had been destroyed, in what he said was an Iranian cover-up.

Satellite images of the site obtained by The Associated Press from Maxar Technologies showed a compound with a series of buildings surrounding a courtyard, with other smaller structures away from it. A dirt road appeared to be the only access to the site in a March 27 image – and the next closest structure to the site appears to be about 5 miles away.

Another image from Aug. 12 showed all the structures at the site destroyed, with a few walls still standing. Neither satellite photo showed any visible activity at the time the photographs were taken.