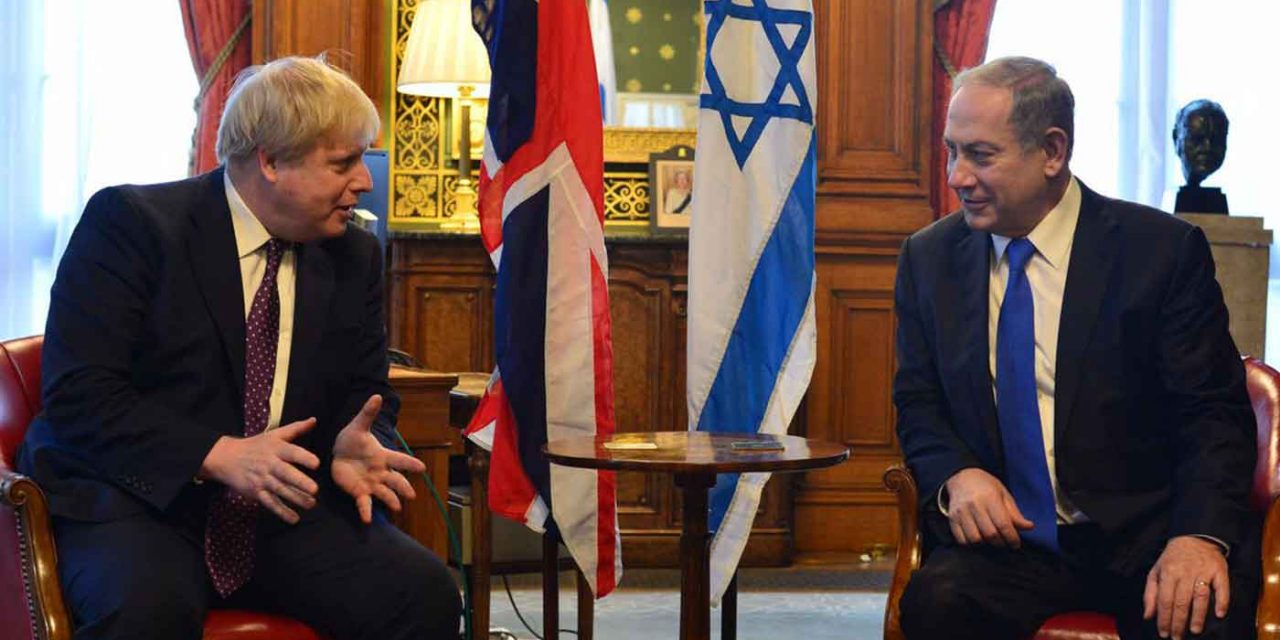 Prime Minister Benjamin Netanyahu tweeted that he spoke today with his British counterpart Boris Johnson and that both agreed to begin talks on establishing a free trade zone between Israel and the United Kingdom.

Netanyahu explained that he congratulated Johnson on the implementation of Brexit and that both leaders discussed regional matters, mainly the US peace plan, as well as strengthening economic relationship between the countries.

Prime Minister Johnson’s office confirmed that the pair had spoken over the phone and in their discussions Johnson expressed his support for US President Donald Trump’s Middle East peace plan, the Reuters news agency reports, citing Johnson’s office.

Johnson was also said to have backed a two-state solution to the Israeli-Palestinian conflict, which is a continuing line of the UK’s foreign policy.

Israel was the first country in the world to sign a post-Brexit trade deal with the UK. The UK is now Israel’s third-largest trading partner behind the US and China, and this relationship is growing from strength to strength. The UK and Israel also work very closely on matters of national security.

Last week Prince Charles said it was “Israeli genius” that was “maintaining the NHS”, highlighting the strong connection and reliance the UK and Israel have on each other.

The Prince was in Israel on his first official visit, and his third visit overall, as in the past he came for the funerals of former prime ministers Yitzhak Rabin and Shimon Peres. He pointed out that he’s the same age as Israel and his grandmother – Princess Alice – is buried on the Mount of Olives.

“From my point of view, it has been particularly interesting to hear how close relationships are between our countries,” he stated.