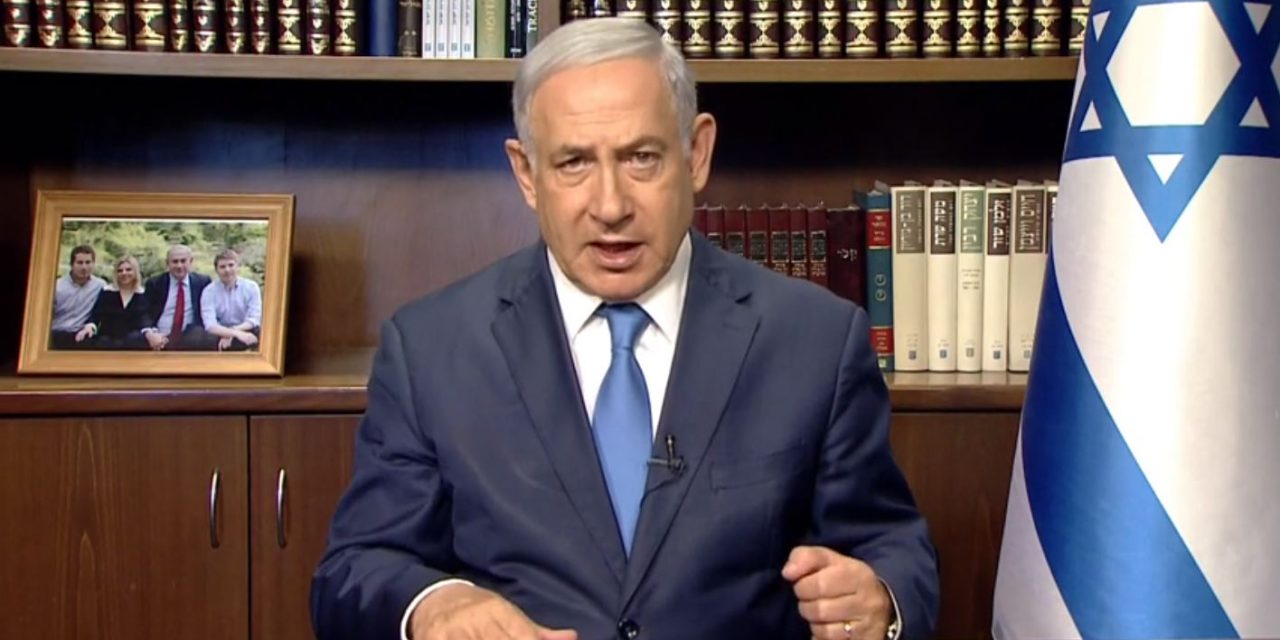 Israeli Prime Minister, Benjamin Netanyahu. has welcomed Britain’s interception of an Iranian oil tanker, but has urged Europe to do more to stand up to Iran.

Speaking to an audience of thousands at the CUFI Summit in Washington via live link, the Israeli PM drew comparisons between Europe’s silence at the rise of Hitler’s Nazi Party and the inaction towards the Iranian regime.

“The deal [with Iran] was always based on a lie that Iran was not seeking nuclear weapons,” said Netanyahu, explaining that Israel exposed the lie when it recovered secret atomic archives from Iran in a daring mission last year.

Criticising the “terrible” deal, Netanyahu said, “The deal didn’t block Iran’s path to the bomb. it paved it.”

He added, “Sanctions are vital for Israel’s security, for the security of the region, for the United States and the world.”

Praising President Trump’s decision to reimpose sanctions, Netanyahu said it is “important to respond to these actions, not be reducing the pressure but by increasing the pressure. We have to continue to take away the regime’s sources of revenue and its ability to fund terrorism.”

“What Britain did interdicting the ship laden with Iranian oil bound for Syria was important,” he said.

Earlier this week, Netanyahu called out Britain and other European nations for inaction over Iran and reiterated his belief that Europe should do more after further Iranian violation of the deal:

“It’s time for Europe to do what they promised to do. They promised to leave the deal and snap back sanctions if Iran did this.  That’s the way you stop aggression.”

“In my opinion, [WW2] started in the thirties when Nazi Germany decided to violate a solemn commitment they had given the international community. And they walked into the Rhineland. Nobody said anything. Nobody did anything.”

“We should stand up to Iran’s aggression now. Europe should back the sanctions instituted by President Trump. We certainly do.”