Netanyahu: As in Purim story, modern-day Persia will not succeed in destroying Jewish state 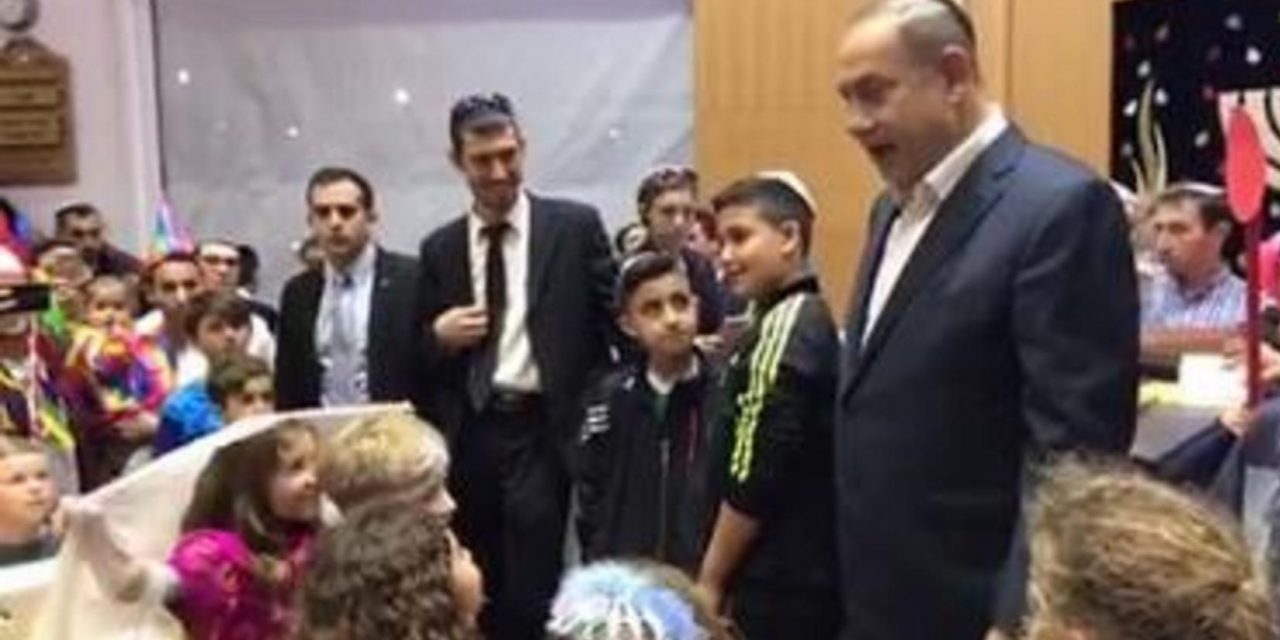 Attempts in modern-day Persia to destroy the Jewish state of Israel will not succeed, Prime Minister Benjamin Netanyahu told the children at the central synagogue in Caesarea on Saturday night during festivities on the Purim holiday.

Purim, observed by Jews worldwide on Sunday and in Jerusalem on Monday, celebrates the reversal of a decree by a Persian Empire official, Haman, who received approval from the Persian King Achashverosh, to annihilate the Jewish people.

Before the synagogue recitation of the Book of Esther, detailing the entire Purim story, Netanyahu, asked the children, “What is the holiday about? What do we celebrate? Why do we remember? What did they try to do to us then?”

“To kill us,” one of the children replied.

“In Persia,” they answered.

“Did they succeed?” the Prime Minister continued.

“No. The opposite happened,” answered one child.

“And today in Persia they also want to destroy us,” Netanyahu added. “And also today they won’t succeed.”

Netanyahu also touched on the Purim holiday during his meeting on Thursday in Moscow with President Vladimir Putin, urging the Russian leader to prevent the creation of an Iranian front against Israel in Syria.

“I thank you for your good wishes on Purim,” Netanyahu told Putin. “Some 2,500 years ago in ancient Persia, there was an attempt to wipe out the Jews, which did not succeed, and which we commemorate with this holiday.”

“Today, Iran, the heir of the Persians, has similar designs to wipe out the state of the Jews,” Netanyahu continued. “They say this clearly, and it is etched on their ballistic missiles.”