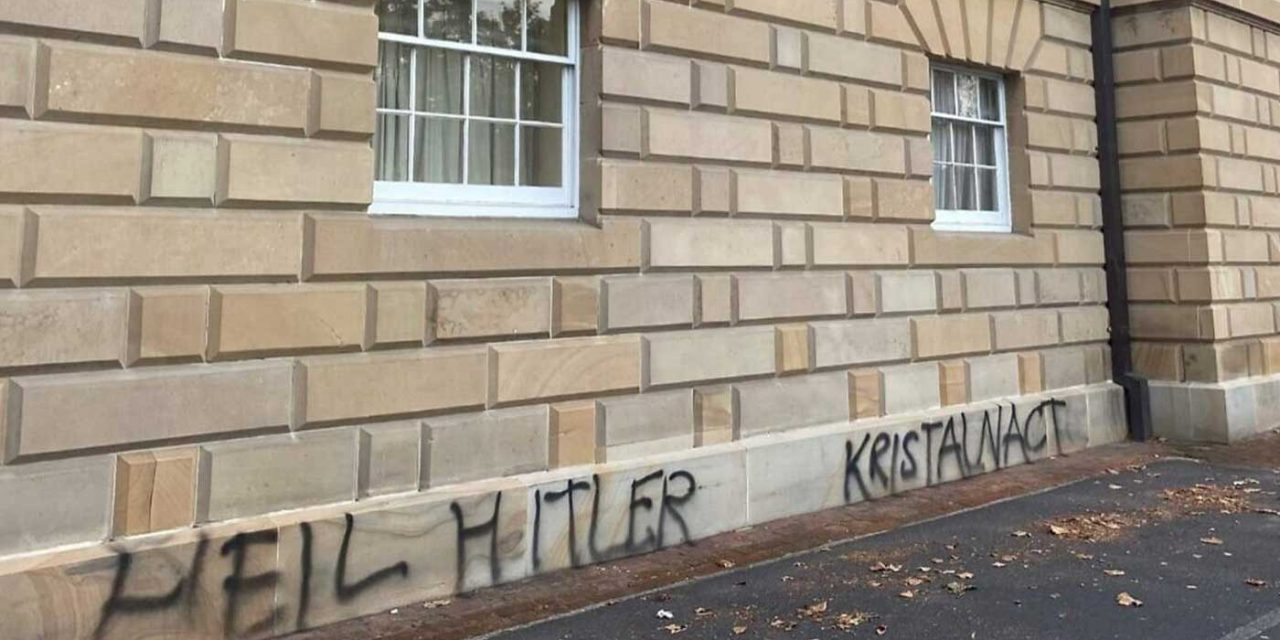 Neo-Nazi graffiti was daubed last weekend on the Parliament House of the Australian state of Tasmania in Hobart, drawing condemnation from the Anti-Defamation Commission (ADC) rights group.

The words “Heil Hitler” and “Kristallnacht” were daubed on the outside of the building, according to a photo provided by the ADC.

“This cowardly attack on our democracy and our values shows that the contagion of antisemitism and neo-Nazism continues to strike cities throughout Australia with disturbing regularity and shows no sign of abating,” says ADC chairman Dvir Abramovich.

“This sickening and brazen targeting of our elected representatives was intended to create a climate of fear and is yet another reminder that white supremacists, who have surged out of the shadows, are out in force and are a persistent reality in the country.

“We have much work to do in fighting back against this kind of sickening intolerance, and we hope that those responsible are arrested and prosecuted to the fullest extent of the law.”