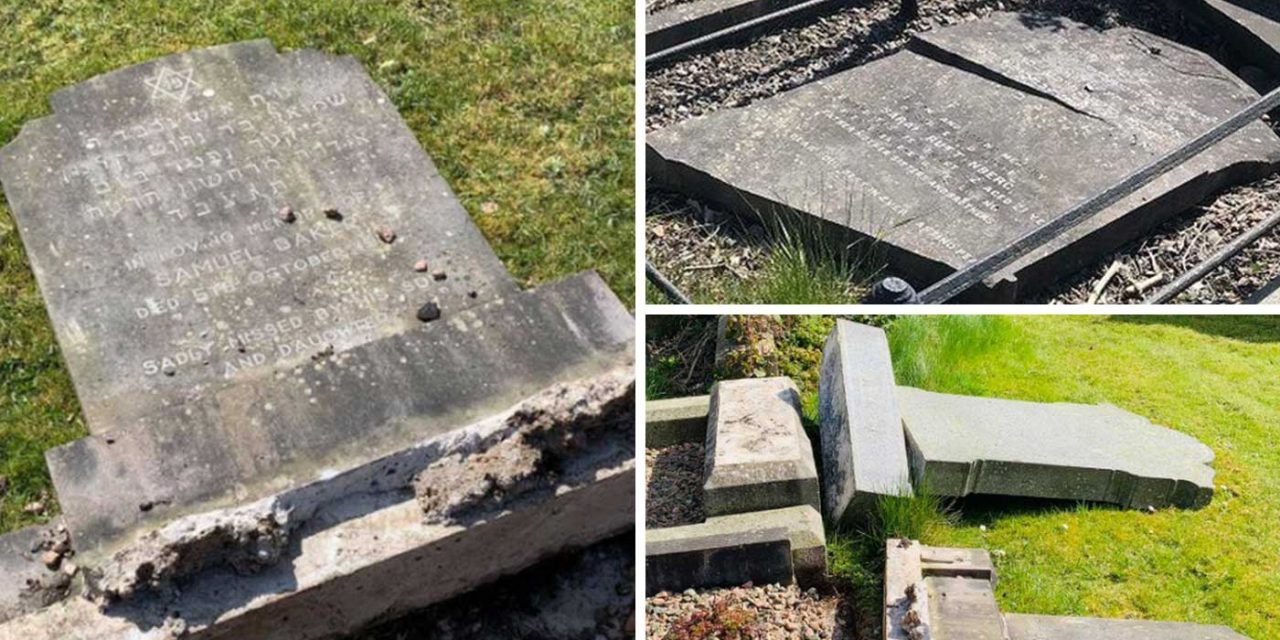 Belfast police are investigating an anti-Semitic hate crime after ten Jewish graves were smashed and toppled.

Police are treating the incident as a hate crime saying those who carried out the damage showed a “total lack of respect”.

PSNI Insp Róisín Brown said she was “appalled” at the incident, which happened “where members of the community come to pay their respects”.

“The damage to these graves shows a total lack of respect for others and will have a significant impact on individuals and families within the Jewish community,” she said.

North Belfast DUP MLA William Humphrey said he was “disgusted and appalled” to hear about the attack.

“This is a very sad day for Belfast,” he said.

“I have nothing but the highest regard for the Belfast Jewish community, which continues to have my full support.”

Mr Humphrey added those responsible were “evil” and were guilty of “a most heinous hate crime”.

Sinn Féin councillor Steven Corr attended the graveyard on Friday to help with the clean up.

Writing on social media, he said “these attacks on the headstones of dead people need to stop”.

He added that CCTV footage was being examined to identify who was responsible.

Some of the graves that were damaged date back to the 1870s and are located in a walled-off section of the cemetery which is often locked.

This is not the first time the cemetery has been targeted by vandals. In 2016, fourteen headstones were smashed in a similar incident.