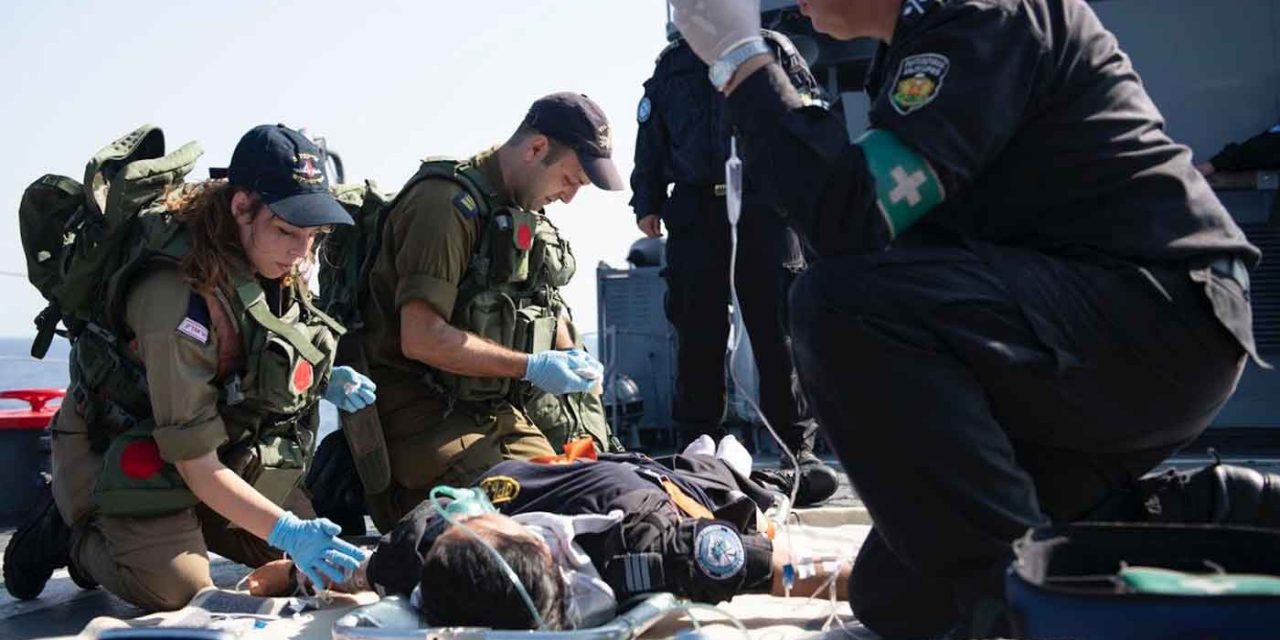 NATO has recognized the Israeli Navy as a key medical-assistance partner in the Mediterranean following a drill held last month practicing emergency evacuations of personnel.

During the drill, dubbed “Crystal Sea 2020,” held on Oct. 31, NATO vessels from the United Kingdom, Greece, Romania and Bulgaria simulated medical emergencies at sea with the Israeli Navy.
“It was an example of partnership between the Israeli Navy and NATO. This is the second joint exercise of its kind between NATO maritime forces and the IDF,” said Capt. Yuval Ayalon, who heads the Planning and Organization Department in the Navy.

“Among the capabilities we established is a surgery room on one of our major ships,” Ayalon stated, speaking to journalists by conference call. “We in the Israeli Navy and IDF [Israel Defense Forces] welcome cooperation with NATO. I am really happy to say that NATO sees the Israeli Navy as a partner in the eastern Mediterranean, in this case, for medical aid.”