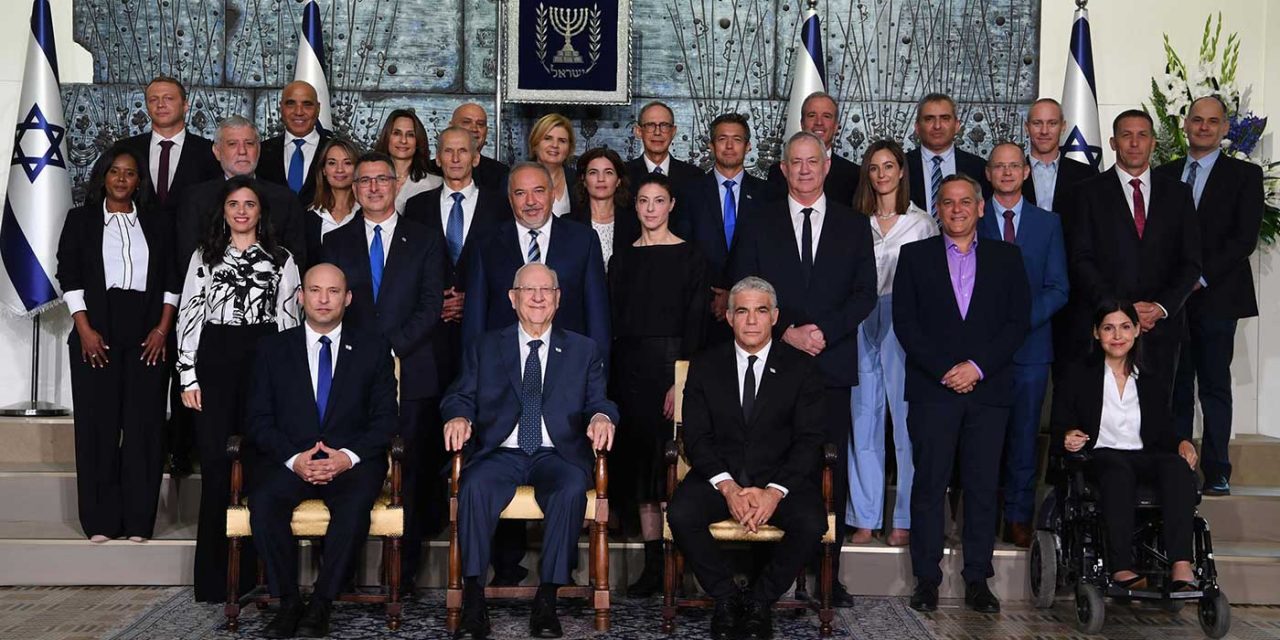 Israel’s 36th government was formed this week after a vote of confidence was passed in the Knesset on Sunday evening. Yamina Party leader Naftali Bennett was sworn in as the country’s 13th prime minister.

Bennett has replaced now-former Prime Minister Benjamin Netanyahu, who held the position for the past 12 years and who served another three years prior to that, from 1996 to 1999, making him the longest-serving premier in Israel’s history. With the transfer of power, Netanyahu became the head of the opposition, replacing Yesh Atid chairman Yair Lapid, who, according to a rotation agreement with Bennett, will serve as foreign minister for two years and then assume the role of prime minister.

MKs voted by a wafer-thin 60-59 in favour of the new government, made up of right-wing, left-wing, centrist, and Islamist parties that largely came together in order to oust Netanyahu.

Netanyahu’s Likud party still holds the most seats in the Knesset with 31 but they were unable to put together a big enough coalition with other parties in order to form a government.

Prime Minister Naftali Bennett spoke this evening by telephone with US President @JoeBiden .

The Prime Minister thanked @POTUS Biden for his warm wishes on the inauguration of the new government, and for his long-standing commitment to the State of Israel and its security. pic.twitter.com/RdRQsD9ILN

US President Joe Biden congratulated Bennett over the phone and issued the following statement:

“I look forward to working with Prime Minister Bennett to strengthen all aspects of the close and enduring relationship between our two nations.”

On behalf of the UK, I offer my congratulations to @naftalibennett and @yairlapid on forming a new government in Israel.

As we emerge from COVID-19, this is an exciting time for the UK and Israel to continue working together to advance peace and prosperity for all.

UK Prime Minister Boris Johnson sent his congratulations to Bennett on behalf of the UK. Johnson said that this “is an exciting time for the UK and Israel to continue working together to advance peace and prosperity for all.”

CUFI, which is neutral on Israeli politics, has welcomed Naftali Bennett as Israel’s new Prime Minister. We always pray for the leaders of Israel that God will direct them as they lead Israel and the Jewish people. We also thank Benjamin Netanyahu for his many years of service to his country and his great friendship to our organisation.