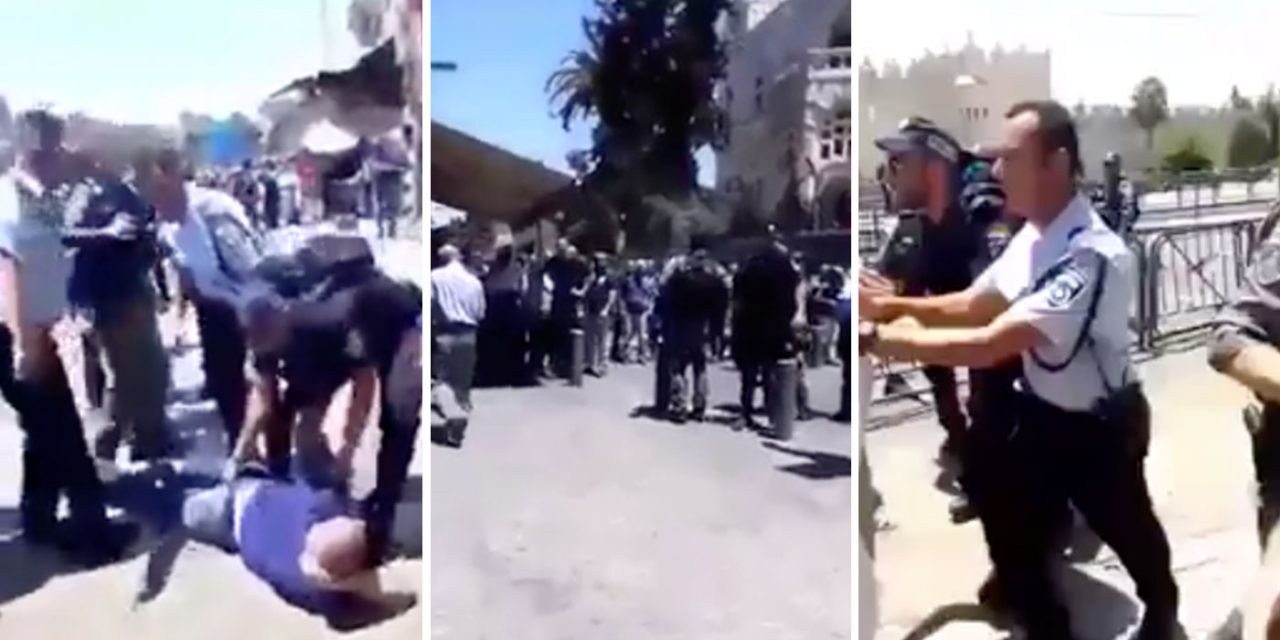 The Temple Mount complex is closed for Friday prayers today for the first time in 17 years as Israeli police are searching the complex for weapons following a deadly terror attack where three Palestinian terrorists shot and killed two Israeli-Druze policemen and injured others outside the holy site.

Immediately following the attack the roads into the Old City were closed and it was announced shortly after that the Temple Mount complex would be closed for Friday prayers.

Muslim leaders have responded to the closure in outrage with religious leaders calling for their followers to go to defy the closure and visit the site en-masse in protest. Hundreds of Muslims filled the streets to pray while others clashed with Israeli security forces.

Palestinian leaders are accusing Israel of changing the status-quo, an accusation that Israeli strongly denies. A police statement said “the closure of the mount was done for security reasons, to ensure that no weapons [remain at the site] and to secure public order, and of course does not indicate a change in the status quo.”

Netanyahu also fended off accusations saying, “the status quo will be protected.”

The police set up checkpoints around the Old City of Jerusalem, stopping and frisking people deemed suspicious.

Public Security Minister Gilad Erdan, who is responsible for the police, called the attack “an extremely serious event which crossed all red lines. The investigation is ongoing. We will need to reevaluate all of the security arrangements on the Temple Mount and its environs. I call on all public leaders to act to calm the situation and ensure quiet in Jerusalem.”

Despite the calls for calm, Muslim leaders have instead responded in outrage, calling on their followers to visit the area en-masse and protest.

The Palestinian Authority has accused Israel’s closure of the area as “a terrorist act”, have honoured the Palestinian terrorists as “martyrs” on the official Fatah page and called for “rage” against Israel following the attack.

Scenes from Jerusalem show Israeli border police battling back rioting Muslim men who are trying to access the holy site.

Pray for the peace of Jerusalem.