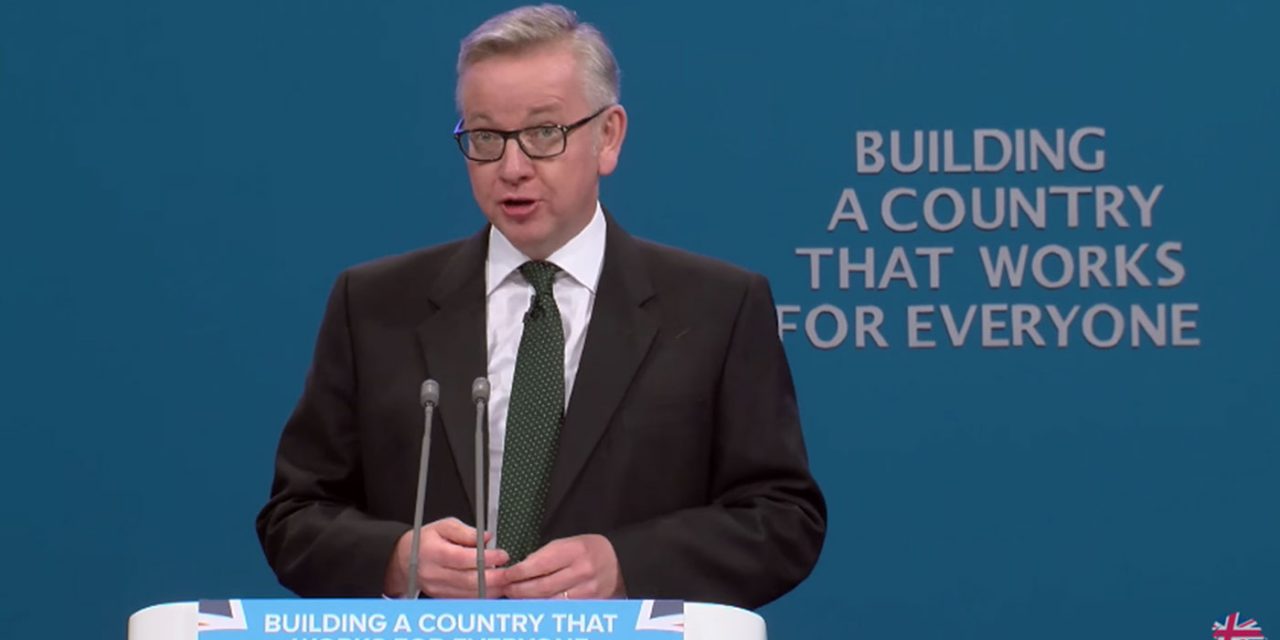 Michael Gove, a senior cabinet minister of the Conservative party, has told hundreds of Conservative supporters of Israel that “anti-Zionism is anti-Semitism” and spoken of “depressing scenes” of anti-Semitism witnessed in last week’s Labour Party conference.

During his talk Michael Gove, MP for Surrey Heath and the Environmental Secretary, slammed Jeremy Corbyn saying: “Why is it that on every occasion when Jeremy Corbyn has had the chance to choose between the death-squad and the democrats, that he has declined to stand with the democrat? Why is it that he calls Hamas and Hezbollah his friends?”

However, while he didn’t pull his punches about Labour’s woes, he was quick to praise pro-Israel MPs in the opposition party. Figures such as Joan Ryan and Ian Austin who he said deserved praise for doing a “fantastic job in standing up for Jewish people’s right to self-determination.” And told those gathered to “salute and celebrate, and extend our hand in friendship towards them”.

As the country approaches the centenary celebrations of the Balfour Declaration, he added: “At a time when people are casual, cruel and callous towards the fate of the Jewish people it is time for all of us to say that over the last 100 years if we have learned anything we have learnt one thing, which is that when there is prejudice and hatred directed towards the Jewish people darker times will follow, and it is our moral duty to say that what begins with the Jews never ends with the Jews. We stand with Israel. We stand with the Jewish community.”

And speaking of the wonder of Israel, Gove said: “The desert has bloomed. Israel has become an economic and a technological powerhouse. It has also been one of our principle allies and a stalwart friend in the fight against extremism.”

“All of us who believe that the human spirit given a chance to grow can achieve amazing things can look at Israel and see that it is truly a miraculous nation and a light unto the world”.

He concluded: “At a time when people say that ‘I’m not an anti-Semite, I’m just anti-Zionist,’ it is important that we should say no, anti-Zionism is anti-Semitism.”