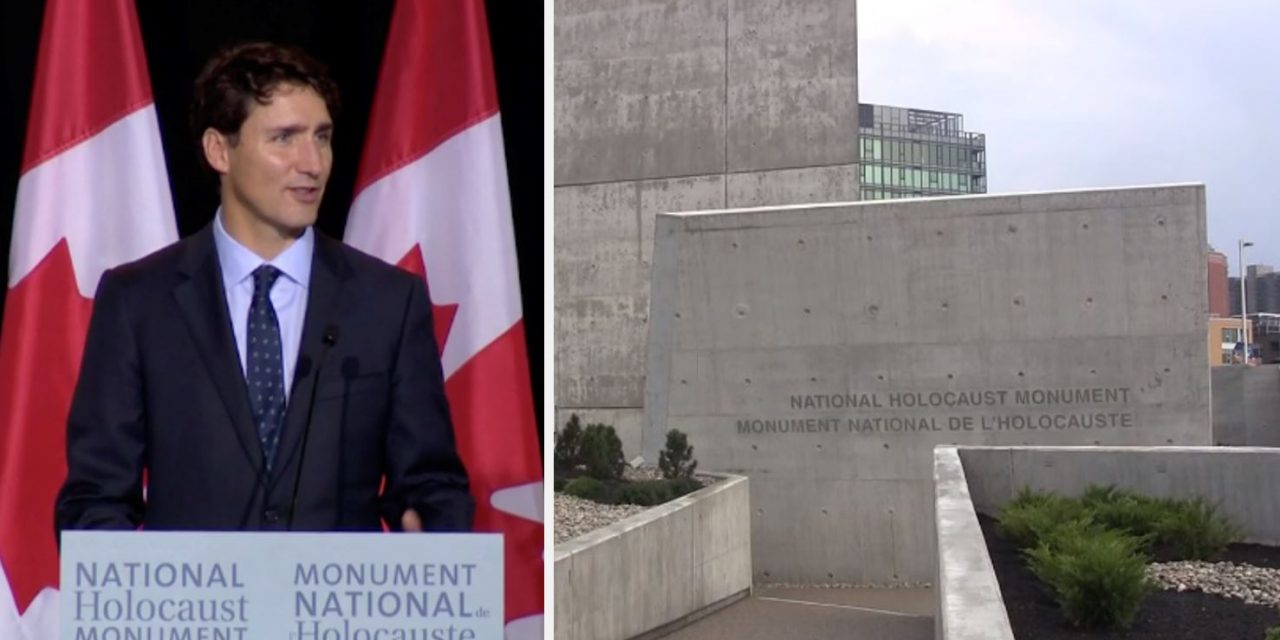 A plaque Prime Minister Justin Trudeau used to inaugurate the National Holocaust Monument in Ottawa last week has been removed because it did not “reflect the horrors experienced by the Jewish people.”

The removal came after Conservative MP David Sweet noted in Parliament that the plaque failed to mention the Jewish people by name.

“How could the prime minister permit such a glaring omission of reference to anti-Semitism and the fact that the millions of men, women and children who were murdered were overwhelmingly Jewish?” Sweet asked.

“If we’re going to stamp out hatred towards Jews, it’s important to get history right.”

The National Holocaust Monument commemorates the millions of men, women, and children murdered during the Holocaust and honours the survivors who persevered and were able to make their way to Canada after one of the darkest chapters in history. The monument recognizes the contribution those survivors have made to Canada and serves as a reminder that we must be vigilant in standing guard against hate, intolerance, and discrimination.

Canada’s heritage minister, Mélanie Joly, told the House of Commons the plaque will be replaced. She said the monument commemorates the six million Jewish people and five million other victims murdered during the Holocaust.

“It stands as a reminder of the dangers of hatred, racism, and intolerance while affirming respect for human rights, dignity and resilience,” Joly said.

The National Holocaust Monument — a stark, stylized Star of David in form — took a decade to complete at a cost of $7.2 million split between private and public donors.

“May this monument remind us to always open our arms and our hearts to those in need,” Prime Minister Justin Trudeau said Wednesday at the opening.

According to news reports, some survivors were disappointed that at the monument’s official launch, Trudeau did not deliver a hoped-for formal apology for Canada turning away the M.S. St. Louis in 1939.

Trudeau indicated in an interview with The New York Times in June that his government would consider a formal apology, with other sources reporting that it was still working on it.