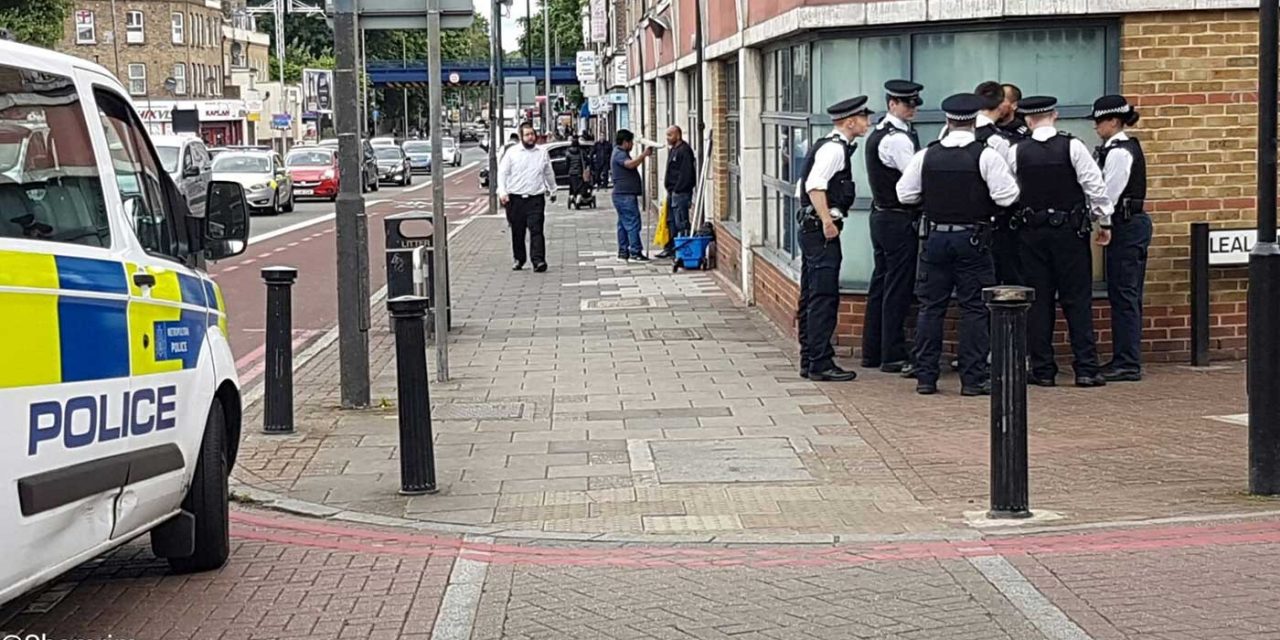 Police have detained a man today after he reportedly stood shouting ‘Allah, Allah’ and ‘I’m going to kill you all’ at passers by in the Stamford Hill area of north London, an area known for its large Jewish population.

Officers were called to the scene in Lealand Road, Stamford Hill, earlier today after being alerted by members of Shomrim, a Jewish neighbourhood watch organisation, who were following the man. Armed police officers also arrived on the scene.

#Shomrim followed a man in #StamfordHill shouting "Allah, Allah" and "I'm going to kill you all". Male sectioned by @MPSHackney pic.twitter.com/PPIUPTzPgF

Speaking to Metro.co.uk, Michael Scher from London Shomrim, said: ‘The man was shouting threats, with members of the public rushing away from him, fearing for their immediate safety.

‘Thankfully police were able to detain him, and prevent further incident.’

A spokesman for Metropolitan Police said: ‘Police were called to a report of a man using threatening words and behaviour.

‘Officers attended and subsequently located and stopped the man in Lealand Road.

‘He was detained by officers under the Mental Heath Act.

‘No one was injured. This is not being treated as terror-related.’