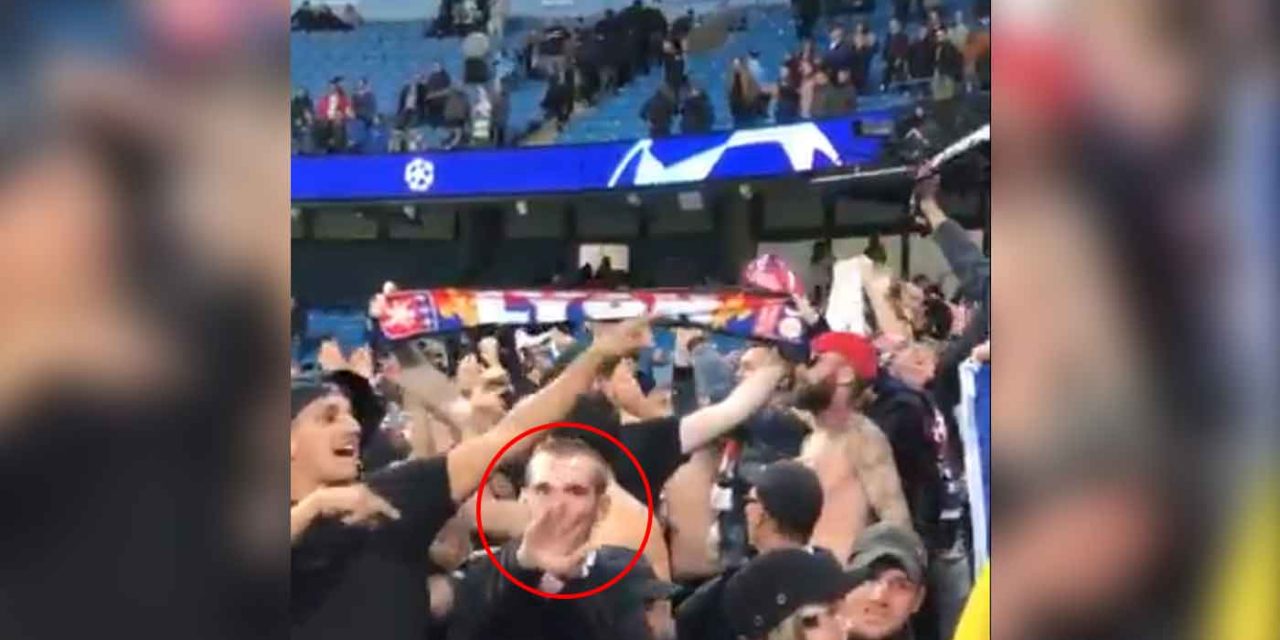 A French football club has said it will be handing down a lifetime ban to one of its supporters who was seen to make a Nazi salute at Champions League game against Manchester City, as police said it would investigate the incident as a “hate crime”.

At the end of the Champions League group stage match between the two teams at Manchester’s Etihad stadium, which Lyon won 2-1, a Lyon fan was filmed making a Nazi salute towards Manchester City supporters.

Nazi Salute in the Lyon end tonight. No need for that in football. pic.twitter.com/315YAqVkny

A statement from the Greater Manchester Police confirmed that “officers are aware of a video circulating on social media, believed to be filmed at the MCFC v Lyon match on Thursday 20 September 2018, which appears to show a fan performing an offensive gesture.

“This is being treated as a hate crime and enquiries are ongoing.”