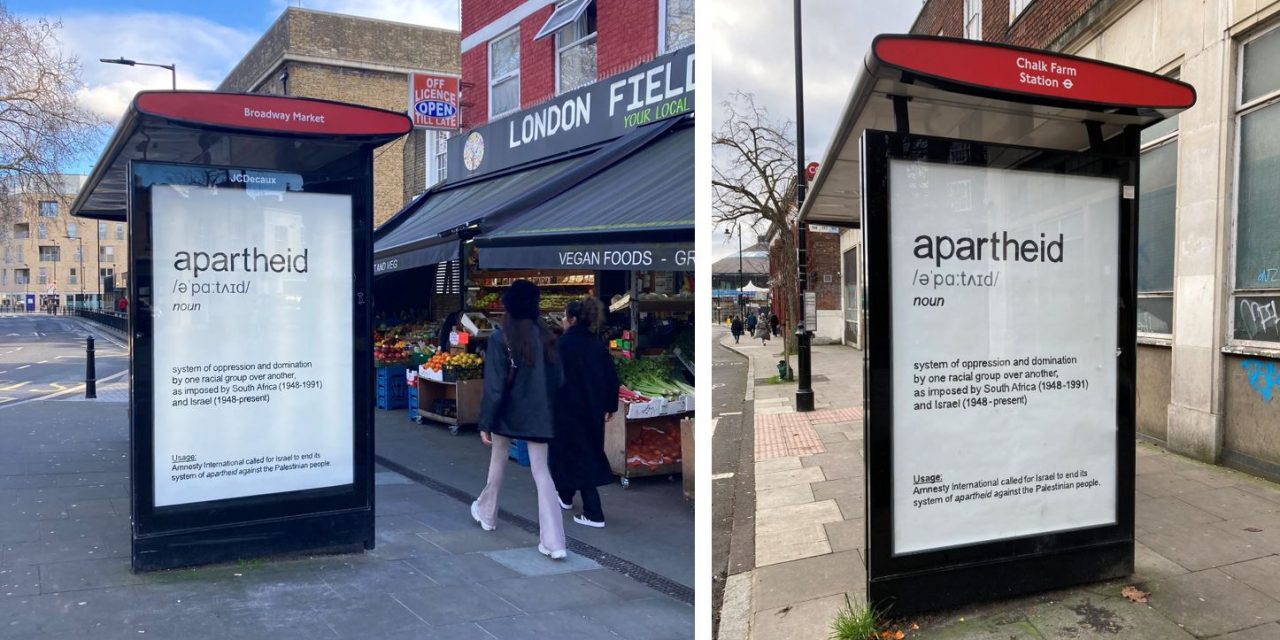 The advertising company, JCDecauxUK , which is responsible for the display units that were targeted, confirm that the posters were not authorised. However, mystery surrounds who placed the posters, which required inserting the poster behind a glass pane by using a key. Also, London bus stops have been targeted with anti-Israel posters several times in the past.

Among those boasting about the anti-Israel posters was purportedly Amnesty International UK’s campaigns manager, who used his personal Twitter feed to highlight two of the posters.

Jew hating lies in London today. The authorities should remove these posters that promote @amnesty’s fake report that meets the IHRA definition of antisemitism, to which the UK government has signed up. Inciting hatred. https://t.co/YiEJHA8mgQ

Now you might want to follow up with @KreaseChan who claims to be @amnesty International U.K. Campaigns Manager & was boasting about this poster. https://t.co/MEeI1EMMTy

Israel's minister of defense has said the cost of dealing with Iran is higher now than a year ago, but less than it will be in a year, adding that Iran is just a "few weeks" from being...
Read More
Share
Tweet
Email
More
116 Shares