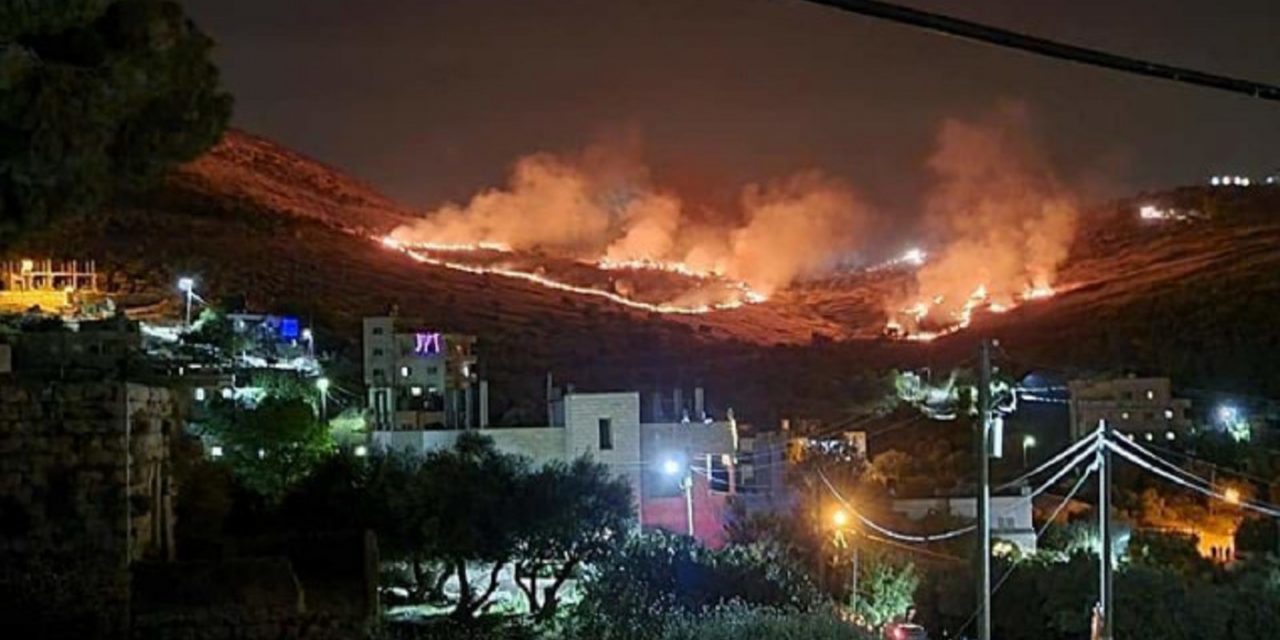 The Samaria Regional Council plans to sue the left-wing NGO B’Tselem for slander after it alleged that settlers from Yitzhar had set fire to fields near the Palestinian village of Burin.
Overnight B’Tselem tweeted a dramatic nighttime photo of the village with the flames burning in the background. In the tweet it stated, “settlers torched Palestinian fields in Burin.”
At 8:10 a.m. it also sent a release to the media about it, but within two hours, at 10:07, it retracted the charges.
“The fires in Burin tonight are being re-examined. I will update with any new information I have,” B’Tselem stated. No further information was provided.
Samaria Regional Council head Yossi Dagan said the actual story was precisely the opposite. Palestinians “were the ones that ignited the fire that threatened residents’ homes.”
The IDF told The Jerusalem Post it had evidence that Palestinians had ignited the fields. It added that when settlers arrived to douse the flames altercations broke out between Palestinians and settlers.

Dagan said the initial tweets had been shared 2,000 times including by the left-wing NGO B’Tselem. The Council and Yitzhar have now asked an attorney to prepare a defamation case against B’Tselem.