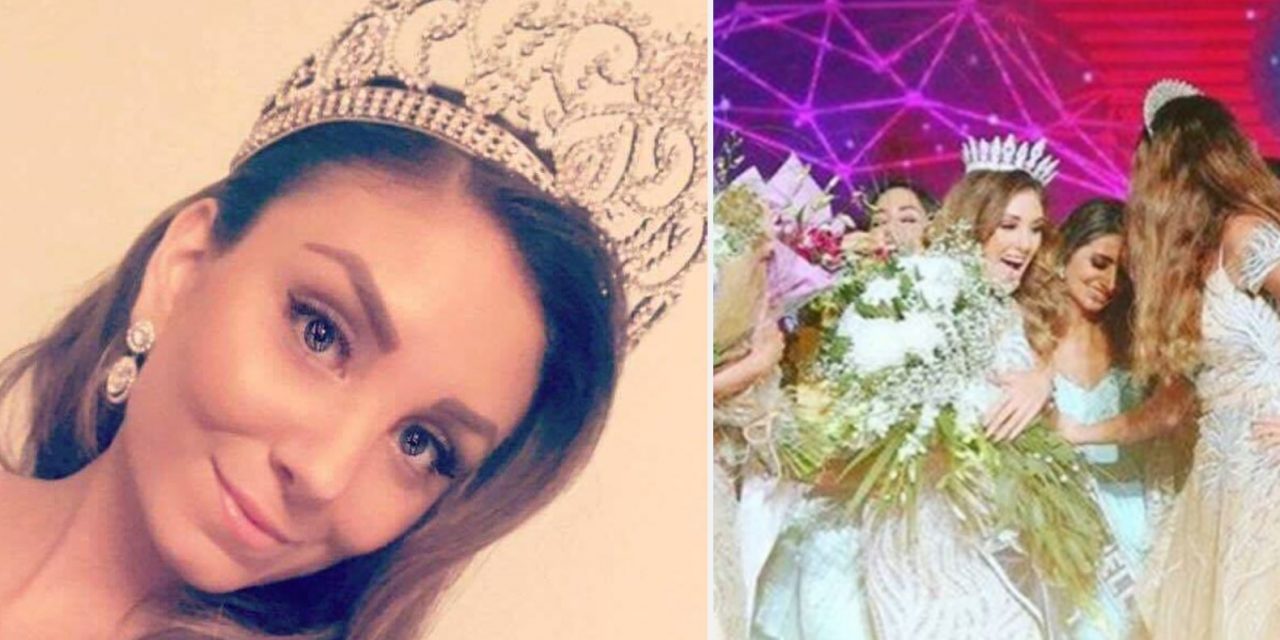 The winner of a Lebanese beauty pageant has been stripped of her title just one week after winning her crown, local media has reported.

Swedish-Lebanese Amanda Hanna won Miss Lebanon Emigrant 2017 earlier this month but was told she was no longer allowed to hold the position after organisers discovered she had previously visited neighbouring Israel using her Swedish passport on an academic trip in 2016.

“After communicating our decision with Lebanon’s Minister of Tourism, he decided that Hanna should be stripped of her title because her visit to Israel violates our country’s laws,” a statement given by The Festival of Lebanese Emigrants in Dhour Al Choueir to newspaper Al Modon read.

Lebanon and Israel technically remain in a state of war, although the border has remained largely quiet since the last direct conflict between the two states in 2006.

In Lebanon there is a blanket ban on any trade or cultural products from the Jewish state, citizens are banned from travelling there, and Israeli citizens cannot visit. Contact with Israelis is also illegal and can carry jail time.

A 14 August Facebook status shared by Ms Hanna showing her being crowned thanked everyone who supported her during the competition.

“At first I was sceptical about it, but it turned out that I was wrong. It has been one of the best weeks of my life, where I have, among other things, had to go around in Lebanon & visit wonderful places. I’ve gotten to know people who have come to stand close to me & I have developed in particular as a person. It has been a wonderful trip & I am incredibly happy that I participated,” she wrote.

The organisers are yet to announce whether the competition’s runner-up will now inherit the crown.

The Festival of Lebanese Emigrants in Dhour Al Choueir did not immediately respond to The Independent’s request for comment.

The incident is not the first time Lebanon’s anti-Israel laws have caused a problem in the world of beauty contests.

In 2015’s Miss Universe competition, Miss Lebanon almost lost her title after calls were made for her to be punished over a photograph of her posing with Miss Israel, Miss Japan and Miss Slovenia which went viral online.

Doron Matalon had pestered Saly Greige for a photograph together throughout the contest, Ms Greige said at the time.

“Since the first day of my arrival to participate to Miss Universe, I was very cautious to avoid being in any photo or communication with Miss Israel, who tried several times to take a photo with me,” Ms Greige said.

“I was having a photo with Miss Japan, Miss Slovenia, suddenly Miss Israel jumped in and took a selfie, and uploaded it on her social media.”

Source: The Independent with edits