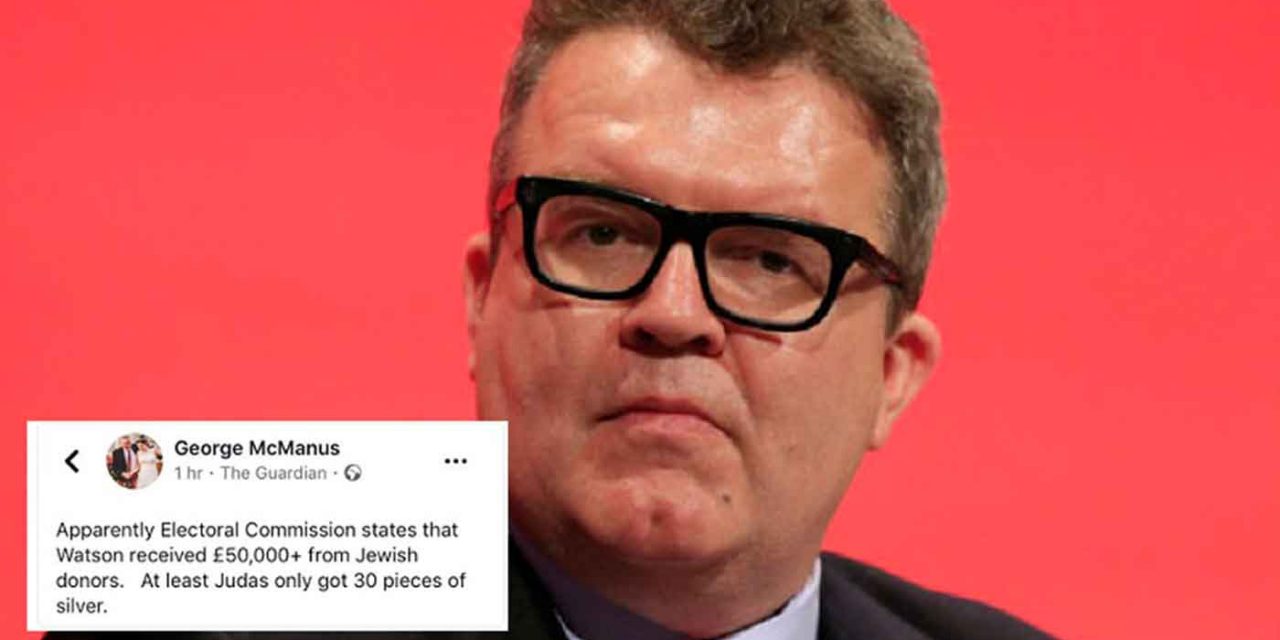 A Labour activist’s suspension has been lifted just eight weeks after he made comments about Deputy Leader Tom Watson being in the pay of “Jewish donors”.

George McManus announced the disciplinary action was over Twitter, following his remarks in August which were condemned by Momentum as ‘appalling and antisemitic’.

He said: “I’m delighted that my Labour Party suspension has been lifted. Time to get back into the ring. Britain needs a Labour government. #HopenotHate. Corbyns coming.”

McManus was backed by Momentum and was standing for a place on Labour’s National Policy Forum when he made the remark. He tweeted that the Electoral Commission had stated that Watson had received “£50,000+ from Jewish donors”, adding “at least Judas only got 30 pieces of silver”. 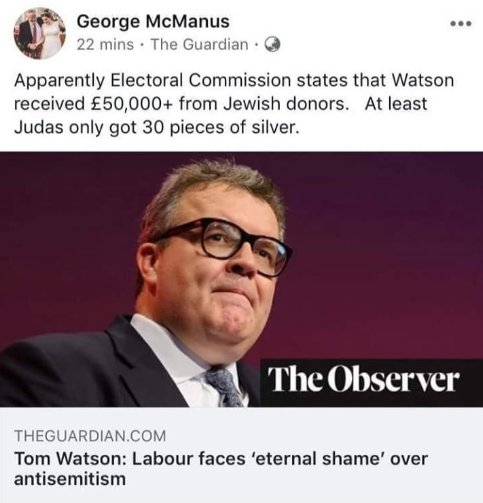 The comment was made the subject of an official complaint by  Watson’s colleague, Luciana Berger. She and other MPs, such as Wes Streeting, denounced it as anti-Semitic.

Lansman tweeted: “Do you not realise that Trevor Chinn is associated with the most progressive Jewish causes and charities like the New Israel Fund and Yachad! Your assumptions about Jews’ political attitudes are I am afraid anti-Semitic”. He later deleted this tweet, possibly due to a backlash from Corbyn supporters.

McManus later apologised to Watson, writing on Facebook: “I’d like to apologise to Tom Watson for my drawing an analogy between accepting money from Jewish donors and the biblical story of the betrayal by Judas.”

“I fully accept that such an analogy is wrong and am sorry for making the comparison. I have now deleted the original post.”

McManus’s Facebook page also shows that he recently denied any problem of anti-Semitism in the Labour Party, saying the “row has been deliberately manipulated to undermine Corbyn”