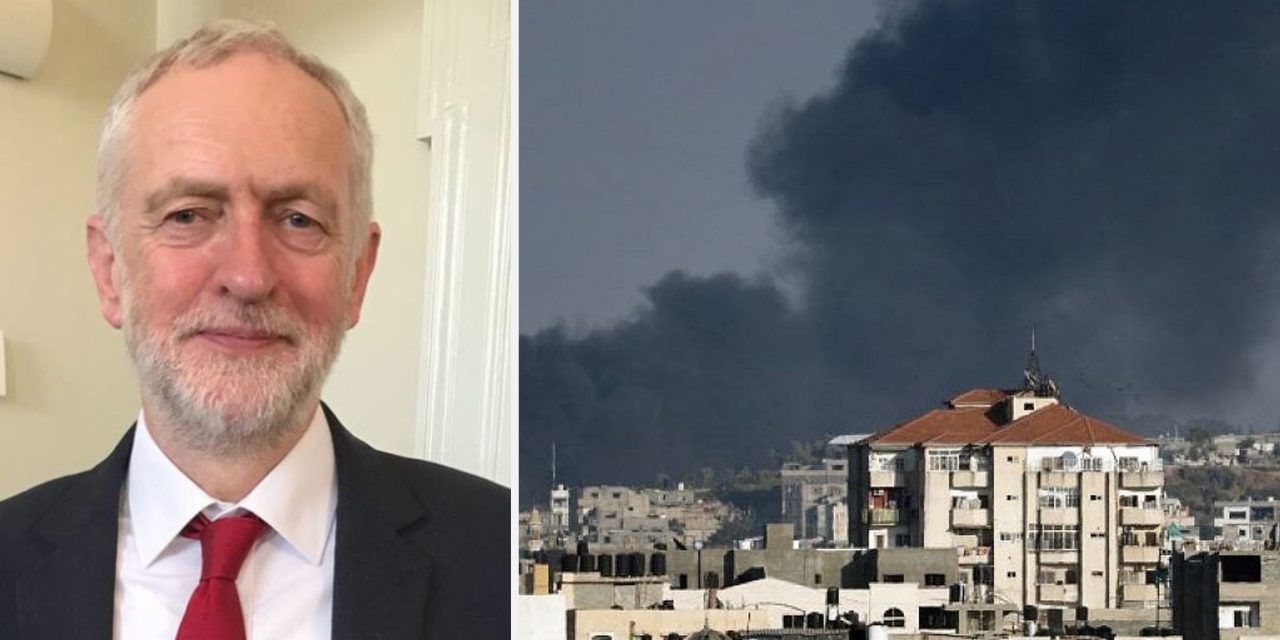 Jeremy Corbyn has said absolutely nothing about yesterday’s rocket attacks against Israel, despite being among the first to condemn Israel during the recent violent protests at the Gaza border.

In comparison, within just hours of news that Palestinian rioters had been killed during violence at the Gaza border on 14 May, Thornberry was quick to condemn Israel and the next day led a debate in Parliament in which she described the deaths as a “massacre” and that those killed as “unarmed” and “posing no threat”. Similarly, Corbyn described the deaths as “slaughter” that demanded international condemnation and “action” against Israel. When it was confirmed by Hamas that 53 of the 62 were in fact members of terrorist groups, both leaders remained silent.

Now, following the worse rocket attack against Israel since the 2014 Gaza War, Jeremy Corbyn has not made a single statement. Thornberry, who is in South Africa meeting the ANC (which incidentally has also been condemning Israel in recent days) has only retweeted a Labour MP’s condemnation of the attack.

A packed day in Cape Town, first with @MasiTweets showing me their inspiring work in Masiphumelele township, then visiting the SA Parliament to meet Speaker @MbeteBalaka, Assembly Chief Whip @JacksonMthembu, and many other friends from our newly-invigorated ANC sister party. pic.twitter.com/KAlsWI271A

Several countries, along with the EU, have voiced condemnation of the attack against Israel, including the UK. Alistair Burt, Minister for the Middle East, expressed his condemnation of the “indiscriminate attacks against civilians”, especially those that “risk killing or injuring children”.

I condemn the rocket fire from #Gaza into Israel today. Indiscriminate attacks against civilians, especially those that risk killing or injuring children, are completely unacceptable under any circumstances.

Early this morning, as Israelis were just waking up and taking their children to school, they found themselves under attack byan initial barrage of more than 30 mortars fired into southern Israel from Gaza. Families had 15-30 seconds to get under cover after hearing the piercing Red Alert sirens warn of an incoming projectile.

Several homes and vehicles were hit by mortars as mothers tried to pull their screaming, confused babies into the closest safe room and shield the children with their bodies. Minutes before crowds of Jewish children were scheduled to arrive, an Israeli kindergarten near the Gaza border was hit with pieces of shrapnel large enough to tear chunks of concrete out of the school’s walls and entrance doorway.

For some of the youngest Israeli children under four years old, the last 24 hours of constant Red Alert sirens and explosions nearby were the most traumatizing day of their lives. They are too young to remember the last time Israelis were besieged by such massive sustained rocket fire from Gaza, during the summer of 2014. For their parents, today brought back a familiar sense of terror as they spent the entire day within steps of the closest bomb shelter or huddled inside while the firestorm continued late into the night.

The Iranian-backed terrorist groups Hamas and Palestinian Islamic Jihad issued a joint statement claiming “credit” for the attack on Israel, and continued to escalate by launching more sophisticated and dangerous rockets into Israel throughout the night.

During the last eight weeks of Hamas-led violent riots along the border with Gaza, Hamas has openly bragged on Arabic television that they would “tear down their fence just like we will tear out their [the Israeli’s] hearts from their chests.” The worldwide media ignored Israel’s evidence that the riots were largely carried out for the purpose of terrorism, but today’s assault on Israeli families and children in their homes and schools proves that Hamas is determined to murder innocent Israelis.