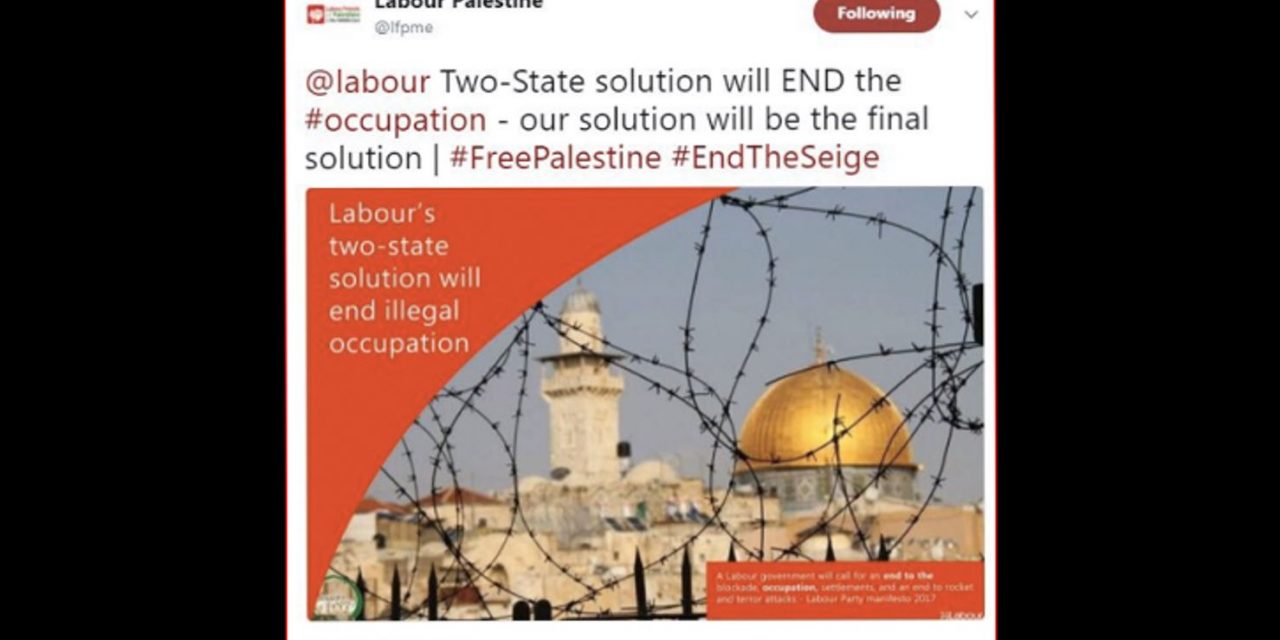 Labour Friends of Palestine has apologised for “extremely poor choice of words” after calling for a “final solution” in the Middle East.

In a tweet that was soon picked up and derided, the Labour Friends of Palestine and the Middle East (LFPME) said “two-state solution will end the occupation – our solution will be the final solution”.

The lobby group was quick to apologise, saying the linguistic faux pas was accidental and not intentional.

“There was a post published earlier on this page which contained an extremely poor choice of words,” the said.

“Due to the preparations for the Party conference, we were unable to effectively check every piece of content being published on our page.

“While the use of the phrase in this context was genuine error we would like to sincerely apologise for the hurt it has caused and will endevour [sic] to ensure such errors do not occur in the future.”

Labour MP John Mann, who chairs the All-Party Parliamentary Group on Anti-Semitism, described the comment as “grotesque” and said those responsible need “chasing out of the Labour Party immediately”