Andy Slack, a Labour party member and councillor for Chesterfield shared a vile anti-Semitic post on his Facebook page on 30th September 2016.

The post was picked up by Guido Fawkes and features a picture of a hook-nosed Jewish IDF soldier with a bloody mouth and read, “Israel was created by the Rothschilds, not God.”

It continues, “And what they are doing to the Palestinian people now is EXACTLY what they intend for the whole world.”

“Today it is a Palestinian child, soon it will be your child.” 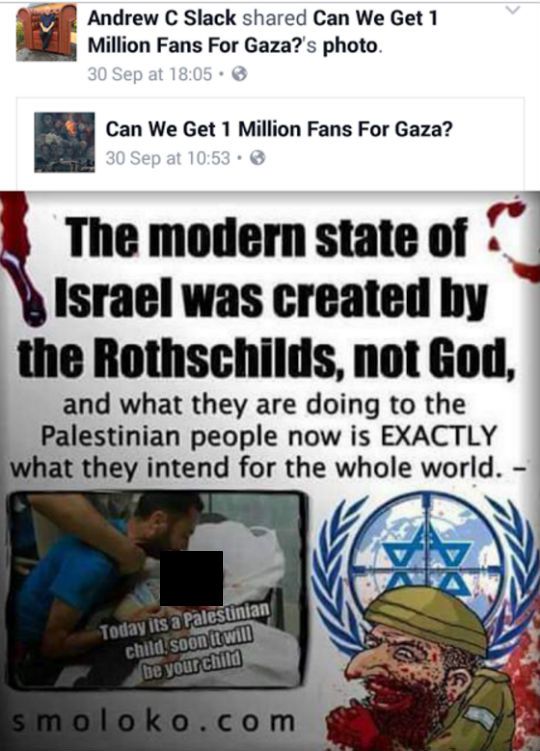 The post originally appeared on antisemitic website smoloko.com. Andy Slack, who is is described by Guido as “a big Corbynista, Momentum supporter and Palestine activist”, removed the post from his page after being contacted by Guido.

A source in the Labour Party is quoted as saying “it is the worst we have ever seen.”

We wait to see what will happen to Andy Slack. Let’s hope the Labour party stick to their policy of “zero tolerance” for anti-Semites. There is no way this can be viewed as an anti-Zionist viewpoint, it is pure anti-Semitism.