Kings, presidents and prime ministers to descend on Jerusalem to mark 75 years since Auschwitz liberation 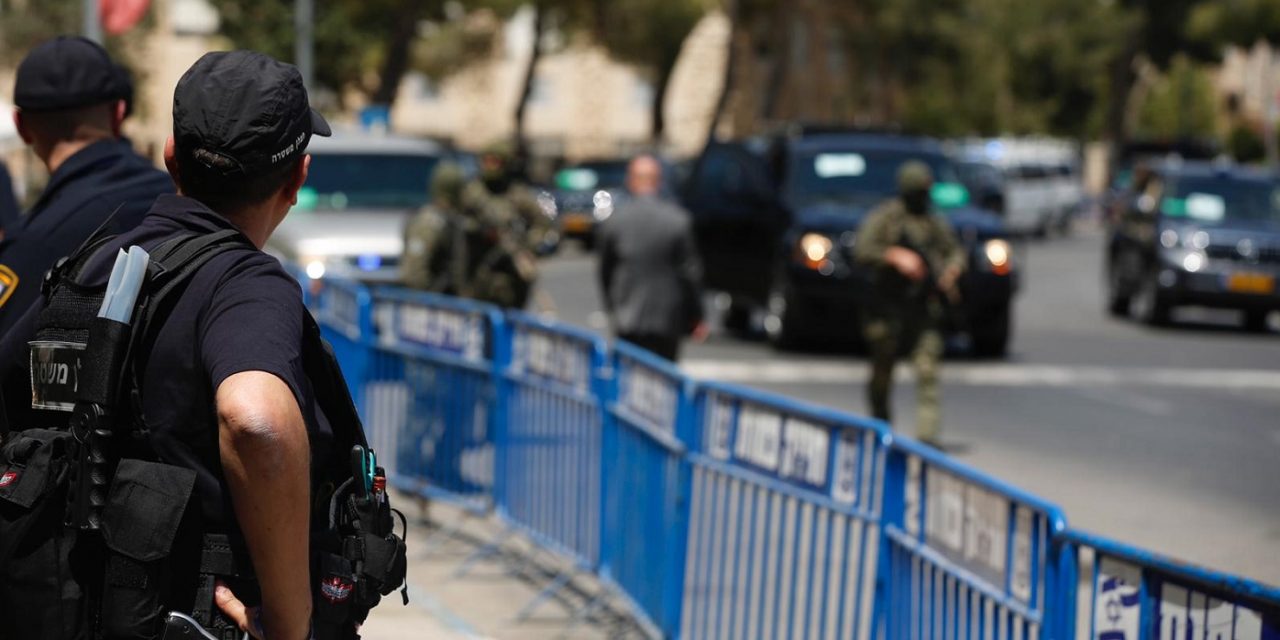 The largest high-level event since the creation of the State of Israel will take place in Jerusalem this week to mark 75 years since the liberation of Auschwitz.

An unprecedented number of international dignitaries with 47 delegations of kings, presidents and other world leaders will attend the the event titled “Remembering the Holocaust: Fighting Antisemitism,” hosted by President Reuven Rivlin.

According to the head of police operations, Commander Yishai Shalem, the 5th World Holocaust Forum at the Yad Vashem Holocaust memorial and museum is expected to be one of the largest and most complex security operations ever for the Israel Police.

It’s “the biggest event since the establishment of the state,” Foreign Minister Israel Katz said in a video message on Thursday.

The first portion of the event — a state dinner hosted at the President’s Residence — will be held on Wednesday evening. A memorial dedication — commemorating the Soviet Union’s victory in Leningrad — will be held on Thursday at approximately 11 a.m. in Jerusalem’s Sacher Park, followed by the main ceremony at Yad Vashem on Thursday afternoon.
Rivlin is expected to meet with almost every leader for half an hour each, and plans to discuss the relations between Israel and their countries, as well as issues important to each country’s Jewish community.
President’s Residence director-general Harel Tubi says the numbers went beyond what he had expected, which was perhaps a dozen leaders. Tubi credited personal letters from Rivlin to all of the heads of state for bringing in nearly everyone invited.

According to Tubi, the value of the event goes beyond the amount of visitors; it’s the message that matters. The theme of the event ties remembering the past, the Holocaust, with a mission for the present and future, fighting antisemitism, he said.

Foreign Ministry spokesman Lior Haiat explained that “every visitor increases the power of the event,” pointing to “some of the most important people in the world” who are expected to attend.

Israeli Foreign Minister Israel Katz, whose ministry is responsible for all the arrangements related to the leaders’ visits, told JNS that “this is the largest diplomatic event in the state’s history,” adding that “the Foreign Ministry is prepared.”

A child of Holocaust survivors himself, Katz said, “I see it as a moral obligation to fight against all antisemitism, and the gathering will focus on the importance of both remembering the Holocaust and combating antisemitism wherever it rears its head.”

“This World Holocaust Forum is taking place against the background of a rise in hateful and violent expressions of antisemitism. This alarming situation makes this event more crucial and relevant than ever and strengthens the importance of efforts to educate about the dangers of antisemitism, racism and xenophobia, and foster Holocaust commemoration and research worldwide,” said Shalev.

This specific gathering, he continued, “Provides an opportunity for all of these heads of state to stand united and clearly declare their commitment to remembering the Holocaust, to engage in true introspection about the origins and events of the Holocaust, and ultimately to fight modern-day expressions of antisemitism and other forms of hatred.”